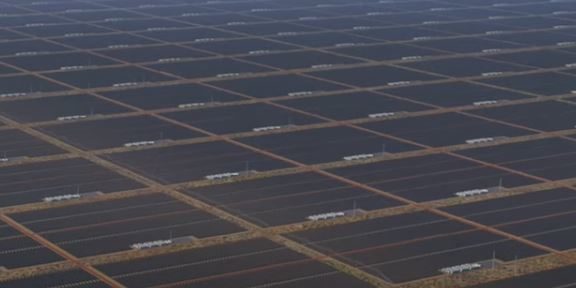 The Coalition has won federal elections on the basis that coal jobs must be protected and gas jobs developed in any switch to renewable energy.

And what was going to replace our fossil fuel energy exports, a fear Labor also exploited in office developing not one, but three LNG gas export plants at Gladstone?

(The result of this for manufacturers has been a tripling of our once super-competitive local gas prices as the three vied with each other to push more and more gas into Asia.)

None of this was never true.

We didn’t subsidise the buggy manufacturers nor those making gas mantles when technology moved on, and as the world really is embracing renewables our energy export future must be in areas such as solar hydrogen and ammonia electrolysed from water.

But surely this myth must be well and truly buried with the astonishing confirmation that Sun Cable’s plan to export solar electricity to Singapore has been expanded to become a truly nation-changing project.

The expansion follows promising feasibility studies and agreement with Indonesia on the route of what will be the world’s longest undersea electricity cable.

Manufacturers and engineering construction will also benefit, including the use of Maverick solar PV system designed and by Sydney-based manufacturer 5B.

5B’s revolutionary design, conceived by founders Chris McGrath and Eden Tehan in 2013, allows the panels to be rolled out rapidly on sites that require minimal preparation, ground penetration and trenching.

But imagine what other Australian manufacturers could be used in the project if the federal government had expended as much effort and cash as it did preserving jobs in a dying industry?

Inverters, control electronics, batteries, cable etc come to mind, but will these be sourced from ‘cheaper locations’ overseas?