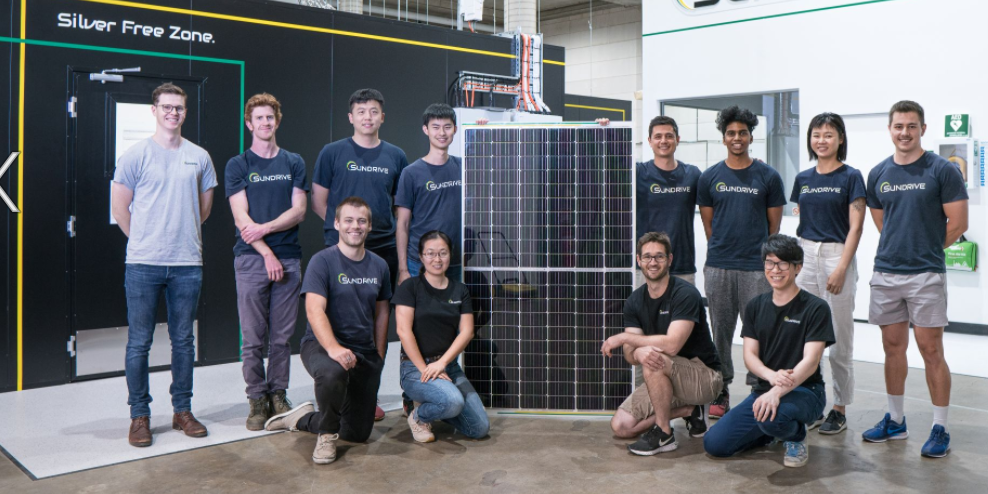 The company took to social media to reveal the news which is a milestone in the industrialisation of its solar technology.

In September SunDrive claimed a new world record, producing a solar cell with an efficiency at turning sunlight into electricity for a commercial-size silicon solar cell of 25.54 per cent.

A week ago the company said it had assembled its cells into modules, and today revealed photographs of those modules integrated into full size, complete panels.

“From our process engineers interconnecting every cell to our build team designing the tools to make all this possible, everyone has put in immense effort into making this a reality. We are now gearing up to fully automate our technology as we continue to grow our world class team.”

Founded by Vince Allen and David Hu in 2015, SunDrive is backed by technology billionaire Mike Cannon-Brookes, the Australian Renewable Energy Agency (ARENA) and Blackbird Ventures who have invested in the company.