Survivors of Australia’s automotive retreat soldier on, even prosper 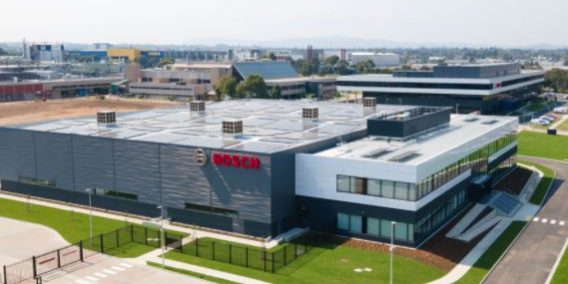 The brand new $17 million factory of automation and systems integrator Bosch Australia Manufacturing Solutions (BAMS, pictured) is silent when I visit the factory located at Clayton in south-eastern suburban Melbourne.

Workers have gone home for the day, allowing this journalist a Covid-safe tour of a production floor full to capacity with automated systems being built for manufacturers.

They range from hopeful start-ups, to young businesses already manufacturing in the United States and Australia and one of our highest profile indigenous multi-nationals.

Project management team leader Mark Ferris can talk about the fully robotised rapid antigen test manufacturer Ellume’s production lines taking shape, some destined for the United States where they will work on a $US230 million contract from the United States Department of Defense to provide its rapid Covid-19 tests, others for Ellume’s Brisbane facility.

That is 16 separate production lines in all.

What he can’t say too much about lays alongside – a production line being put together for a sustainable packaging start-up, and beside that a robot sorting line for critical medical products, as well as systems for other clients.

It has been a very busy time for automation integrators such as BAMS given Covid-19 question marks hanging over global logistics chains, with the Bosch Australia offshoot enjoying some advantages given its links into one of the world’s leading manufacturing groups.

There is also the determination of people like Ferris, who like colleagues worked previously making Bosch automotive computers for our foolishly discarded automotive sector.

Bosch chose instead of closing that operation with the demise of Holden and Toyota, to retain a 200-strong engineering workforce and create a manufacturing automation and specialised machine building business which is now the fastest growing part of the local group.

Of course no-one knows whether the current busy times will continue post-Covid, but one thing is sure and that is BAMS is an important element of Australia’s automotive sector that has found a way of surviving and prospering.

While many foreign-owned component suppliers closed for good with automotive’s demise and myriad smaller suppliers closed or faced tough times, many others aren’t dead yet, to paraphrase Monty Python, far from it.

A few streets away from me lives Grant Tinney who has remade his QPE and Starke advanced manufacturing groups into an exporter of automotive tooling to the US as well as serving clients in defence, aerospace, mining and renewables. QPE and wire-added manufacturer AML3D recently demonstrated the rapid production of a critical Submarine Valve in Nickel Aluminium Bronze using the WAM process.

On the other side of the city in the northern suburbs Axiom Precision Manufacturing is still strong in automotive and defence, but is making waves in high value aerospace, medical and even electronics markets.

It famously carries out first-pass precision machining of the titanium spars that BAE Systems Australia and others work on further to ultimately produce the high-tech vertical tail fins for the F-35 fighter jet in service here and with our allies.

Then there is Precision Components which has moved on from making large sections of the bodies of the former Holden Cruze small car to making its PALPAC metal pallets and a bus-making joint venture with the Precision Buses/Bustech group.

But we shouldn’t get too carried away.

Directly over the street from the BAMS facility is the former Nissan assembly plant which I toured decades ago, an early casualty in the opening of the economy over the past 30 years.

But even that story is not all doom and gloom – a few kilometres away is Nissan Australia’s Dandenong South casting plant, which is still going strong after 35 years producing cast aluminium products for export, including for Nissan electric vehicles.

Still, if there ever were to be a return to Australian automotive production, some suppliers at least are still here, more capable than ever and ready for renewed opportunity.