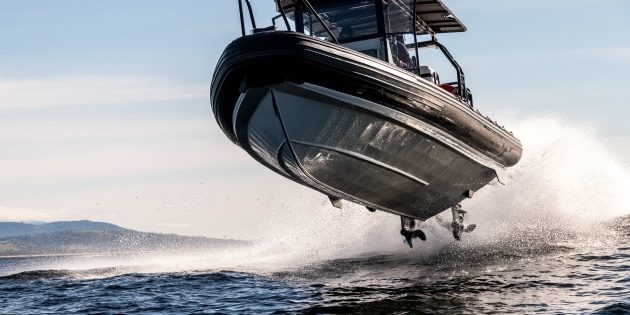 According to an announcement on Tuesday from Tasmanian deputy premier and manufacturing minister Jeremy Rockliff, PFG had been perfecting the vessel — named The Sentinel — for 25 years, “with more than 100 custom-built and fully tailored vessels already in operation with law enforcement and emergency response organisations.”

The three Sentinel boats would boost NZ’s capabilities in “expeditionary reconnaissance, mine counter measures, ship to shore and inter-island transport,” as well as logistical operations.

Rockliff called the contract “a triumph” for the state’s “world-class advanced manufacturing industry.”

Last month the Tasmanian government announced a loan of $600,000 to PFG to help prototype an 11-metre vessel for defence.

PFG, which is headquartered in Goodwood, Hobart, has been targeting the need for the RNZ and Royal Australian Navy to replace its seaboat fleets over the coming years.

“There is no hiding the fact PFG is eager to win a contract with the RAN. We are Defence ready; we have the capability, we have the proven performance, we have the future technology that Defence needs. The Sentinel is a world class, proven Australian solution, and it’s built right here in Tasmania,” CEO Rob Inches said recently.

The company is a specialist in polyethylene products, focussing on aquaculture and marine markets according to its website, as well as serving the agriculture, civil works and mining sectors.