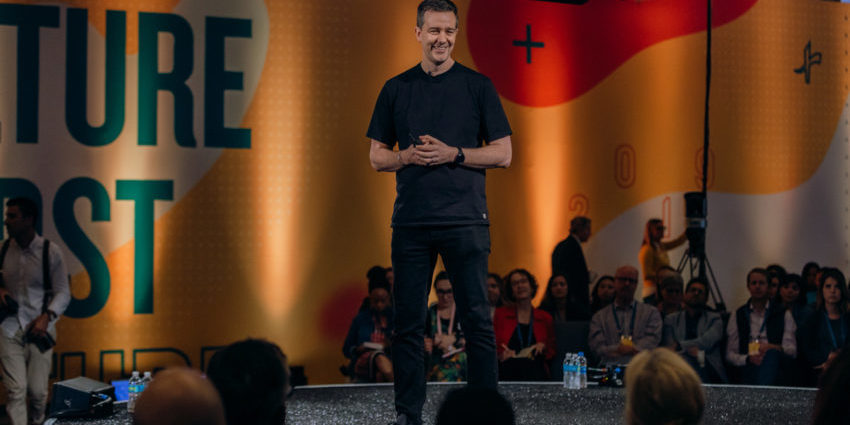 More than 90 tech innovators and entrepreneurs, executives and thought leaders from around the world are in Adelaide to speak at the two-day SouthStart Conference this week.

Beginning Wednesday in the South Australian capital, the November 20-21 conference is part of a week-long festival that includes pitch contests, a founder bootcamp and networking parties.

Attendees at the Adelaide Convention Centre conference can connect with more than 1000 entrepreneurs, investors, technologists, creative and industry experts from a range of fields such as space and agtech.

Culture Amp has grown from a startup in 2011 to a $1billion company with more than 2500 global customers of its People & Culture software.

Elzinga will be part of a fireside chat (From $0 to $1 billion) on Thursday morning.

He said tech startups needed to be prepared to keep striving beyond the point where others would give up and always ensure their product was what the market needed.

“The challenge is not how to build it, it’s go out there and figure out what the problem is people want you to solve,” he said ahead of the conference.

Culture Amp is headquartered in Melbourne but also has offices in San Francisco, New York and London.

Elzinga said while there was no secret recipe to having a successful startup, luck, timing, perseverance and having the right mentality all played a part.

“So the first advice is to abuse people of any notion that building a startup is a great way to make money but if people really want to do it, what I can share is that it’s not easy, it is really hard and you have to be clear on what you’re willing to hurt for and then I can share some of the things we’ve learnt along the way.

“It’s a mentality thing – just showing up is half the battle and so often people think it’s too hard or too complicated or too risky.

“When we got an opportunity to work with Adobe early in the life of our company, we spent an hour debating whether we should spend $300 on the ticket to fly one of our co-founders from Vancouver to San Jose to take the meeting. It was a line-ball decision where we said yes.

“We could have very easily said ‘no, it’s too expensive’ and we wouldn’t have Adobe as one of our anchor clients.”

The South Australian government, one of the sponsors of SouthStart, has been actively attracting startups to Adelaide to help build a sustainable ecosystem.

The development of an innovation and startup hub managed by Stone & Chalk in the new Lot Fourteen neighbourhood was a key action in the Future Industries Exchange for Entrepreneurs (FIXE) Strategy launched by the South Australian Government in June.

Lot Fourteen aims to become the largest innovation precinct in the Southern Hemisphere and will also house a number of other local and international tech, space, defence and cyber companies and the Office of South Australia’s Chief Entrepreneur, Jim Whalley.

The site’s heritage-listed buildings have been marked for significant adaptive re-use onsite, which has been coupled with the construction of new commercial buildings to accommodate a variety of tenants including the Australian Space Agency, Australian Cyber Collaboration Centre and the Australian Institute for Machine Learning.

Picture: Culture Amp CEO and co-founder Didier Elzinga returns to his home town of Adelaide this week to speak at the SouthStart Conference.