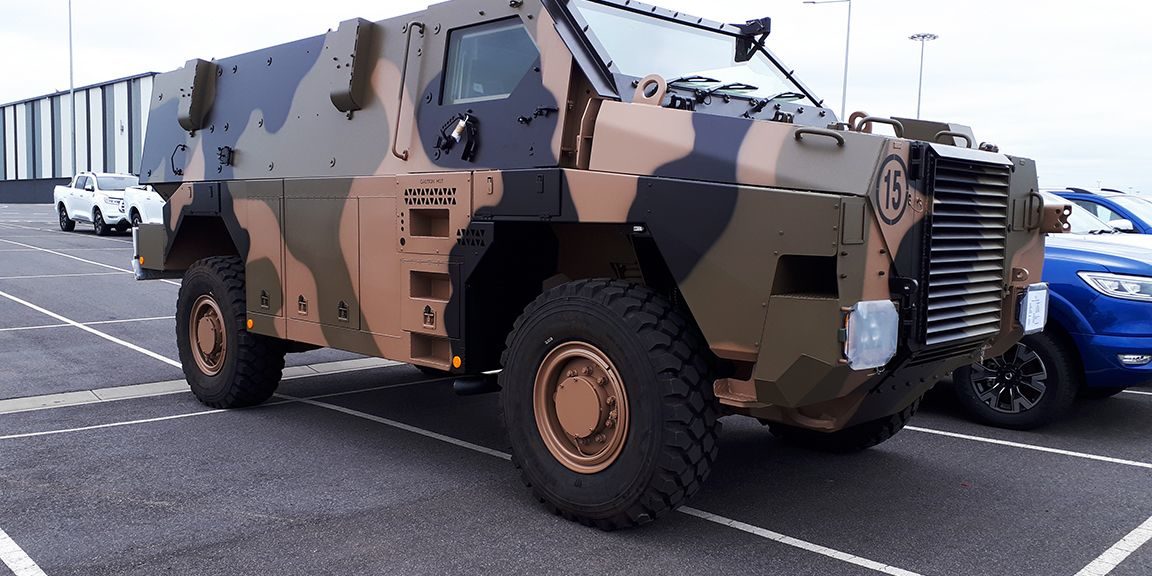 the first of five Medivac variants of the Bushmaster armoured vehicle (pictured) has rolled out of Thales’ factory in Bendigo, Victoria.

Destined for the Netherlands, the Medivac is a hospital on wheels built for the battlefield and is is distinguishable as the first Bushmaster with front doors.

The $14 million order brings to 100 the number of Bushmaster’s operated by the Royal Netherlands Army and used by its forces in Afghanistan.

Bushmaster’s design is based on a “deep V-Hull” that deflects blast energy away from the crew in attacks from land mines and IEDs.

This protection has proven itself in Iraq, Afghanistan and Mali.

More than 171 Bushmasters have been exported to seven countries, including the Netherlands, Fiji, Japan, Jamaica, Indonesia, New Zealand and the United Kingdom.

Australian sub-contract suppliers for the vehicle include Wollongong based Bisalloy Steels, AME Systems, Melbourne based DVR Engineering and KAB Seating in Dandenong.