The Canberra bubble and Australia’s manufacturing dialogue – by Greg Whiteley 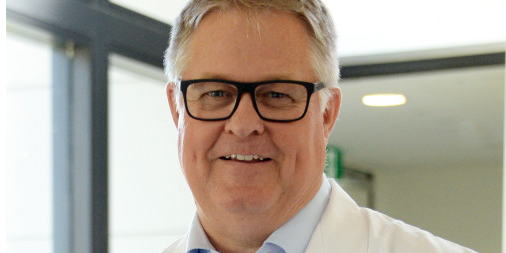 Greg Whiteley ferrets out the facts about Australia’s company structure – and it turns out there are a tiny number of large businesses dominated by 99 per cent of companies with less than 200 employees. Yet the policy focus is all about big businesses. Time to change and develop policy suited to our SME business structures.

Canberra and those who live there are geographically isolated from the rest of Australia, and this particularly applies to the Commonwealth Public Service (CPS).

It is the CPS who both draw up and then implement government policy. What they know about industry is only what comes to Canberra, either by representation, or trailing statistical indicators.

The nuances of change and other challenges cannot be perceived through the dry stats packages served up by other parts of the CPS.

When I went to high school (a long time ago), we were taught that companies could be categorised into three tiers based on employee numbers.

The changes that have taken place in the structure of Australian industry since globalisation, have now reached an almost inevitable conclusion, with the complete loss of a whole tier of businesses from our community.

There is no medium tier of businesses in Australia. Just large companies and small/medium companies.

Consider this excerpt from the most recent data from Australian Bureau of Statistics report ABS:8165:2020 which gives the actual breakdown of scaling of Australian businesses:

The large businesses (i.e. the “big end of town”), normally had more than 5,000 employees. That material is now four decades (40 years) out of date.

At a event in 2020, a Government Minister was asked, “Minister, what is your definition of a ‘medium sized business’?”

The Minister’s answer was (not a direct quotation), ‘A company with more than 400 employees would be medium sized”.

What was appalling about this answer was not the ignorance of the ABS data, but that none of the CPS minders jumped in to correct this error.

So then, there are just 4,271 businesses in the large company category in Australia, with a boundary at 200 FTE employees, which is below the previous cut-off between medium and small companies of 500 FTE employees.

Where have the medium sized companies gone?

They have gone the way of the dinosaur, and are now extinct. Australia has companies that are either large or small, although we now divide the small category to artificially create a “medium-sized” company.

When you remove from the large company group the foreign owned multinational corporations, the corporately and privately owned large mining companies and other ASX 200 businesses, that large company category it is revealed to be only a very few businesses.

But it must be noted that these larger companies have a disproportionately high contribution to the overall economic productivity of our nation.

None the less, if too much focus is placed onto this tiny number of large companies, we miss out on the real lessons from the ABS data. More than that, we miss the incredibly important implications for how government and industry must now interact.

The big lesson from the ABS data, is that most businesses in Australia are small/medium, and that means that 99 per cent of all Australian businesses have less than 199 FTE employees.

The new ABS defined ‘medium-sized company’ category (= 20 to 199 FTE), is just 6 per cent of the total number of Australian companies, and that includes the smaller foreign subsidiaries as well as the specialised Australian owned niche operators.

Most of what remains in the manufacturing sector in Australia is buried in this “medium-sized” company category, although of course there are some rare exceptions. The medium companies are mainly family-owned or privately owned businesses.

Australia needs to recognise that the distribution of economic mass across Australian companies is way below the old rules as to company size.

It is in the 99 per cent of companies where the jobs are for the future, where innovation is kindled, business expansion is enabled and new wealth is created. The economic mass and scale of Australian companies is now very different.

And here is the real problem for the Canberra bubble. Everyone wants to be important, and one way to ensure that your importance is widely recognised is to engage with other important people.

The attraction in Canberra of the Business Council of Australia (BCA), the peak industry bodies (ACCI) and the peak union organisations (ACTU) is that all of the important people are present, including the government ministers and the big end of town.

Meetings of the peak bodies are great for egos. But it is not representative any longer. The gap is too wide.

Too much focus on the tiny number of large businesses in formulating industry policy is like trying to get through the door by climbing through the keyhole.

If our medium to small businesses are damaged through poor policy decisions, arising through the narrow Canberra bubble focused on ‘the big end of town”, then there is a real cost.

The cost of poor government policy is diminished employment, loss of jobs, worsening economic dependence, a loss of hope, dislocated communities and an accompanying impact on mental health.

One of the terrifying and gratifying outcomes arising from the Pandemic which led to all sorts of product shortages, was the broader CPS was forced to engage outside of the Canberra bubble.

This it seems was the first time in a long time for many within the CPS and what they found has already and rapidly led to a welcomed reconsideration of industry policy.

Will this trend to explore industry beyond the BCA, ACCI and the ACTU extend into the realms of every other region in Australia?

As a Hunter region Manufacturer (we are the 2020 Hunter Manufacturer of the Year), it is our genuine hope that the large and dormant CPS continue to engage beyond the geographic boundaries of Canberra.

We need to have the CPS engaged with the broader Australian business community, especially the difficult to reach small/medium businesses. Just sitting around a table for talk fest with the [tiny and unrepresentative] big end of town is no longer a viable alternative.

Manufacturing in Australia is sustainable, but we need to be realistic as to our market size and costs of industrial scale.

Policy must underpin rather than undermine those manufacturing businesses amongst us, but there will need to a broader dialogue than that to which the CPS has become accustomed.

It is my hope, that we can overcome the Canberra bubble, and move towards industry policy that engages all of Australia, sets aside the ego’s, and provides hope for our children and their children’s children for many years to come.

Think all your plastic is being recycled? New research shows it can end up in the ocean
March 3, 2021

Glass was crushed to the fineness of sand by @fultonhogan at its Lara site. It replaced around 3 % of the road mix, used in the road’s base layer around 4 centimetres from the surface. The roads were reopened last month.