The era of making steel without carbon emissions is here 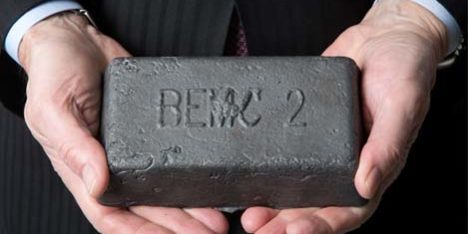 One of the biggest issues about moving to a carbon-free future has been how to eliminate dangerous emissions from products such as cement and steel that are absolutely vital to the economy.

In a sense electricity production was an easy problem to solve using clean renewables compared to the greater industrial challenges.

But new technologies are now emerging that would replace widely used basic oxygen steelmaking process which is the largest industrial source of carbon monoxide and carbon dioxide.

The gases are produced when pure oxygen is blown over hot ores in a furnace, igniting the carbon mixed with the metal.

Bill Gates has also emerged as a shareholder in the venture capital backer of Boston Metal which has its own carbon-free technology.

Gates said: “Boston Metal is working on a way to make steel using electricity instead of coal, and to make it just as strong and cheap.

“Of course, electrification only helps reduce emissions if it uses clean power, which is another reason why it’s so important to get zero-carbon electricity.”

While SSAB estimates steel made with its process s currnetly 20 to 30 per cent more expensive, Boston claims that its steel would actually be cheaper.

Of course it is a long way from a technolgoy and pilot plants to commercial acceptance, and even longer before legacy steel plants reach the end of their lives or are closed.

But clearly it is possible to maintain the benefits of an industrial economy without destroying the planet in the process.