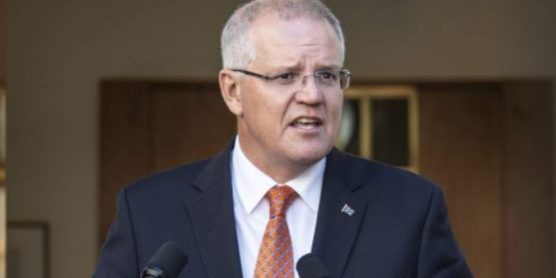 The federal government’s plan to achieve net zero emissions by 2050 has been officially launched.

But my job in analysing the outcome of agonising negotiations within the Coalition – where perhaps a quarter to a third of MPs are open climate denialists – is not made easy because there is absolutely no detail.

There were plenty of one-liners from Prime Minister Scott Morrison such as the plan would be uniquely Australian, would not be a plan at any cost and ‘there’s no blank cheques here’.

And there were five principles: technology not taxes; expand choices not mandates; drive down the cost of a range of new technologies; keep energy prices down with affordable and reliable power; and, be accountable for progress.

But these are only words, not specifics.

How would we get to net zero?

Morrison said emissions were already more than 20 per cent down on 2005, the previously announced Technology Investment Roadmap would take out 40 per cent, global technology trends that would reduce emissions by 15 per cent, and high-integrity offsets would give us a further 10 per cent reduction.

So net zero with pretty much this set of policies was not possible a week ago, but today with nothing changed it is?

As for the money, Morrison referred to drawing together earlier budget announcements including $464 million for green hydrogen and $1.4 billion in the Building Better Regions Fund, and to $19 billion in investments for low emissions technologies including solar and clean hydrogen by 2030. But there was nothing new spelled out.

So no new money.

Absolutely no detail, no new funding and a bunch of slogans mixed with woolly promises that reveal it as a fig leaf that the PM will wear at the upcoming Cop26 climate meeting in Glasgow.

That truth is evident from Morrison’s statement yesterday the target would not spell the end of coal and gas production, not end their export and not impact energy costs.

He said: “It will not impact households businesses or the broader economy with new costs or taxes imposed by the initiatives that we are undertaking.

“It will not cost jobs, not in farming, mining or gas. Because what we’re doing in these plans is positive things, enabling things.”

(By the way – he didn’t mention manufacturing.)

So we are to believe Australia is to achieve more by 2050 without any cost to anyone.

The Oz series of fairy tales in L Frank Baum’s books is a hidden fairyland cut off from the rest of the world by the Deadly Desert.

With this plan, the deadly desert will indeed be a reality – the catastrophic effect of barely checked emissions and climate change.

We now await Labor’s response and policy announcement which has always been promised in good time for the coming election…perhaps now would be a good time?