The mounting threat from the US China trade war 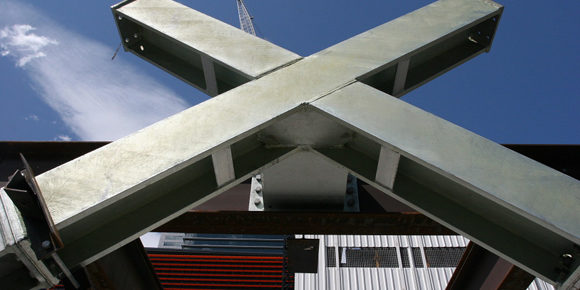 It has been slow to come but the costs and disruption being wrought on world trade by the United States and China’s trade war are now clearly being felt.

In a series of mutual escalations since March the US and China have imposed tit for tat tariffs on hundreds of billions of dollars of imports.

We know the first casualty of tariff hikes are rising input prices which flow on to the cost of finished goods.

Already Coca-Cola has raised the price of soft drinks in the US to reflect the rising cost of aluminium cans.

A third of American companies operating in China say they are looking to buy components or build products outside both the US and China to avoid tariffs, according to a recent survey by AmCham China.

“China still has a role to play and cannot be replaced,” Fung said. “Clients are not moving out of China all of a sudden, but they have been planning it and the trade war is just one of many triggers.”

This has begun to slow the Chinese economy, with the Caixin China General Manufacturing PMI falling unexpectedly to 49.7 in December.

For Australia and Australian companies the picture is mixed, but threatening.

This is likely to have boosted exports and prices of steel from Port Kembla to its US painting and coating lines, and boosted prices from its own US steelmaking operations.

The result is seen in the share price which closed yesterday at $11.97. While there has been some fall recently, this is still twice the level the company traded at a year ago.

As for the Australian economy this has been most felt in the dollar falling to 69 cents US on January 2, before recovering to around its long-term average of 72 cents.

We know nobody wins a trade war and we also know raw materials dependent nations such as Australia suffer the most during recessions.

Australia has the export profile of a developing nation, with roughly the same dependence on exports of undifferentiated commodities as we did in 1900.

Our economy is simply not resilient, and with government debt on the rise since the GFC, Australia is not fiscally well prepared for such a shock.