The Pivot: Lessons from the biotech frontline 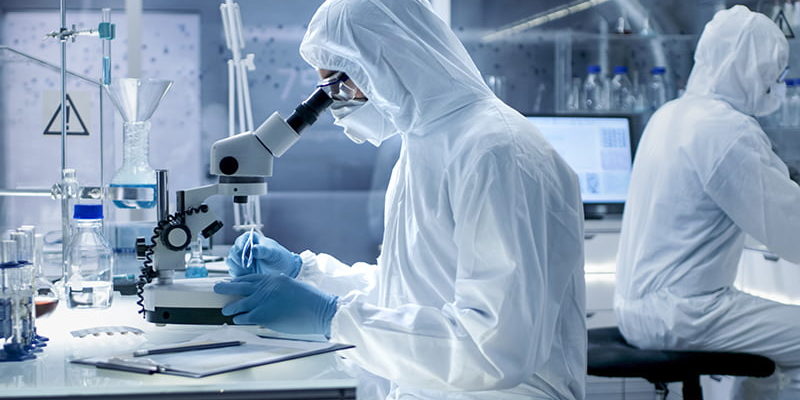 In the late 1980s and early 1990s I was working at CSL during the years leading up to its public listing and prior to it becoming the behemoth it is now. I was working my way up the management ranks as the organisation was working out its place in a rapidly changing environment, both internally and externally.

As an institution for learning about management in general and the biopharmaceutical industry in particular, CSL in the 1990s was a great place to be. I’ve forgotten many of the details, but I remember many of the important management lessons from those formative years of my career.

I had the good fortune to work with many talented colleagues, including Associate R&D director Dr George Harris who was as much a philosopher as company executive.

In an era when the typical CSL manager communicated via memo sent via a company file delivered via internal mail, George instead wandered the corridors “shooting the breeze”, making (often caustic) observations about what the company was doing and providing the occasional gem of management wisdom, all interspersed with frequent f-bombs. Not your typical CSL employee.

“You don’t back projects. You back people,” (expletives deleted) was one of George’s mantras.

In the years since then, I’ve heard variations of this statement, often from professional investors. The concept is simple and particularly relevant in the drug development industry where the sobering fact is that most projects fail.

By backing the team, not the project, a business can recover from a project failure, move on to another project and ultimately be successful. And then repeat the success on further projects.

Of course, perseverance in the face of adversity is often a critical component of ultimate success. The line between ‘persevere’ and ‘pivot’ is difficult to navigate and committing to either course requires a mixture of judgement and courage. These can be busines-making, or breaking, decisions.

While at CSL I had the opportunity to witness an exceptional presentation by one of the giants of the then-emerging biotechnology sector, Dr George Rathmann, the first CEO of Amgen.

George gave the presentation at an early 1990s BIO annual convention. He described how Amgen became a poster child of the biotechnology industry thanks to two ground-breaking products: Epogen, used to treat people on dialysis; and a drug to treat chemotherapy patients, Neupogen.

George started with a question. “When Amgen listed in 1983 where did these products sit on the list of Amgen’s top ten projects from its IPO prospectus?” His answer: “nowhere”.

George’s point: Amgen listed with a flawed business plan, but within a decade it became an industry leader. It did so by pivoting from its initial project portfolio to two projects that didn’t even exist at the time of listing. The pivot was a company-making decision.

George Rathmann’s talk about Amgen was an inspirational experience. Little did I know that within a few years I would have the opportunity to meet him personally.

In 1998 I moved from CSL to Millennium Pharmaceuticals in Cambridge, MA. By then Rathmann was CEO at ICOS, a company with whom Millennium was negotiating a collaborative project.

That negotiation is a story for another day but by being at Millennium I participated in a breath-taking, bet-the-company pivot.

When Millennium was founded in 1993 it was an upstart in the new field of human genomics. In just a few years it built an incredible team of dedicated people out to change the world, led by legendary CEO Mark Levin.

The initial business model was, in effect, pretty simple:

It was a very effective business model, executed almost flawlessly. In the period from 1994 until around 1998, Millennium created more than a dozen, high-value strategic alliances which provided committed funding of almost US$2billion.

During this period, Millennium operated at close to breakeven while simultaneously growing into one of the largest biotechnology companies in the Boston area.

A biotech company growing like topsy and burning virtually none of its shareholder capital was practically unheard of. Investors loved it.

Still, in the face of success problems loomed. When I joined the company in early 1998 it was becoming clear that some assumptions underpinning the business model were wrong and, therefore, the model was likely to ultimately fail.

The technology was great. But the underlying biology just did not work. For starters, there were far fewer genes in the human genome than expected. Then, identifying genes was just the first step. Turning them into pharmaceutical targets was going to take years (or decades) of work. Finally, newly discovered genes were often relevant to more than one therapeutic area and so didn’t fit neatly into arrangements with partners.

What should the company do? Wait and see if the model could be turned around somehow? Or pivot to a new model? The decision was made to ditch the strategic partnering model and develop its own products. Not an easy decision, nor a popular one with investors.

But that’s exactly what Millennium did, precipitating a flurry of mergers, acquisitions and in-licensing deals that changed the company’s face. From them came a pipeline of drugs that led to the company being acquired in 2008 by Takeda for US$8billion.

Fast forward almost twenty years. I’m working with another team at another frontier of pharmaceutical product development: cell-based immunotherapy. It’s a new class of cancer treatments beyond surgery, chemotherapy, biologicals and radiation. The goal is to supercharge a patient’s own immune system, helping it eliminate cancer.

Initially, Cartherics was focused on developing “off-the-shelf” CAR-T cells derived from a type of cells known as induced pluripotent stem cells. CAR-T cells were HOT, allowing the company to raise substantial private investment and obtain a substantial CRC-P grant to develop a product for clinical trials.

Yet after a couple of years, it became apparent existing technology was not going to deliver in an acceptable time frame.

What to do? Calling it quits wasn’t an option. But potentially wasting investor funds and grant money by continuing an apparently unproductive line of research wasn’t an option either. The company took stock of the situation.

The outcome? Pivot from CAR-T cells to another type of engineered immune cell, CAR-NK cells. At the time, company scientists had no idea whether they could make NK cells. Moreover, NK cells were not generally accepted for treating cancer.

So far, though, the decision seems to have been right. Cartherics is advancing its first NK product towards the clinic. And now NK cells are also HOT.

Will the pivot provide ultimate success? Time will tell. Irrespective, in less than two years the pivot enabled Cartherics to build a team that has grown in expertise, knowledge and understanding to a point where it can take on any challenge. Back people, not projects!

That’s the lesson from these real-life experiences. Projects and business plans fail for many reasons. It’s management’s job to recognise a pending failure and prepare to pivot before the failure becomes terminal. Foresight and courage are essential, as is the ability to obtain buy-in to the new direction.

Not an easy decision to make or execute but, properly done, the pivot can make the company.

Ian Nisbet, PhD, is Chief Operating Officer Cartherics Pty Ltd, CEO of Cancure Pty Ltd and Chair of VivaZome Pty Ltd. He also acts as a director or advisor to several Australian and US biotechnology companies.