The reinvention of Australian Industry Content and its ramifications 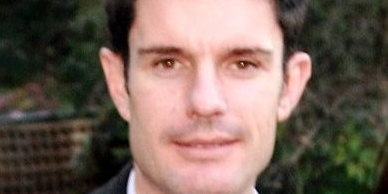 There have been relatively cosmetic changes to how AICP is described, at what thresholds it applies, and how it might be measured, but none of these constitute wholesale change or any sort of ‘policy re-write’. And yet the way Government talks to AICP and the way the community emotes around instances of what may be bad practice, has massively changed.

Well, let me describe how AICP used to work. I’m talking about a time not that long ago, pre-Land 400 phase 2 would be about the time most defence industry insiders would signpost as the moment where things changed.

Back before 2018 an AIC Schedule in a Major Procurement Contract would more often than not describe a series of quasi-commitments to use and develop local industry in the delivery of a complex, time constrained, expensive acquisition project.

These were offered by a prime and accepted by defence, caveated with what many would call ‘best endeavours’ language.

Those AIC Schedules would described an aspiration hurriedly put together by a sub-team of the capture group with (perhaps) some level of rapid industrial supply chain consultation.

Back then a good measure for AIC was how many roadshows were conducted and how many companies attended.

No firm deals were done, no enforceable commitments agreed, and there were no real AICP penalties to enforce behaviours.

Back pre-2018, nobody won a major defence contract with their AIC Proposal.

This isn’t to say it was good/bad/indifferent – it was just how it was.

Quality, Cost and Schedule drove an assessment of relative Value for Money.

Sometimes Supportability crept into the equation, but this wasn’t some conspiracy – it was simply what constituted good project management in our defence sector at that time.

As long as we could maintain the asset AIC had been met and was working.

But we need to be honest with ourselves here. After contract award, there were behaviours that sometimes crept in. On occasion prime contractors made the AIC game hard to win for Australian SMEs. Some examples may have included:

# Including Non-Recurring Engineering costs into local SME’s bids, when such costs were sunk (in some cases paid for by a foreign government) for the international competitor.

# Directly comparing labour rates in Australia and overseas, stating Australia is more expensive than they expected, but not including key associated costs like freight in the price to do that work overseas.

# Conducting internal audits demonstrating local industry was risky and expensive, and then making the case to Defence the only low risk/cost option was to use an incumbent international supplier.

# Encountering unexpected(?) issues with FMS, ITAR or other security matters that make it hard/impossible to use the originally proposed AIC.

# Contracting to build only a ‘Batch 1’ overseas to reduce risk, cost and/or time. But once Batch 1 is underway, counsel Defence that the cost / risk / IP Access / interoperability outcomes of a different (AIC heavy) configuration are too high.

Remember, these tactics which led to defaulting to the primes incumbent supply chain led to lower cost, lower risk and faster delivery for the prime and Defence.

Pre-2018 why would you not take them up? Some argue that these behaviours have directly led to today’s Australian Defence industry having its readiness questioned or perpetually on the cusp of another “valley of Death”.

Pre-2018 we were less concerned as Australians about sovereignty, and perhaps more worried about the need to avoid ‘failed projects’. Our current industrial landscape is of our own making.

The Ground has Moved Under our Feet

Half way through the Land 400 Phase 2 competition the Government attitude to AICP changed.

Half way through Land 400 Phase 2 primes needed to have a robust, compelling local industry narrative – it suddenly became a winning feature.

But what didn’t change (or at least hasn’t changed as quickly) is how AICP is managed at the contractual coal-face, where Defence sits opposite a prime contractor and agrees a contract, manages performance and reports on progress.

Again, this isn’t a criticism, it’s just how it is. How else could it be?

Every day the prime and the Defence contract manager make trade-off decisions, there is no policy reflex that positions AICP at the top of their trade space. When the chips are down, cost trumps AICP. Schedule trumps AICP. Quality trumps AICP. Still.

But perhaps the change in the political narrative was best underlined in recent media where Naval Group seemingly had their AICP target defined by the Minister for Defence outside the contract and publicly endorsed by their home country.

This must be a concerning development for any prime, and take the CASG-prime contractor relationship into uncharted territory. It wont get easier in a post CONVID-19 world.

Saying its Different Doesn’t Make it So

Government’s ambition is – I think – to change the project priority hierarchy.

But to do that means giving permission for defence to explore options that might increase cost, schedule, quality – to take on risk.

I’m not sure the signal to the Defence coal-face leaders on this has been clear enough as yet.

Yes, it’s absolutely possible that AICP quotients can be improved without commensurate rises in other project factors, that must be true – but this is early days – is it reasonable to expect such sophisticated outcomes straight out of the box? Some level of permission to explore seem necessary at this point.

And again, think of the risk. Our region isn’t becoming more benign any time soon and the Corona virus is drawing attention to Australia’s reliance upon overseas supply chains.

Who wants to be the Defence project manager who adds a year of schedule in their next capability manager brief as a result of a local SME decision that missed?

Much of the current organisational and strategic environment is working against AICP. Perhaps it’s time to turn some dials that better enable it.

Mike Kalms is a partner at KPMG Australia