There’s gold in them there hills of food waste Wasted food statistics can make for depressing reading. According to the United Nations’ Food and Agriculture Organization, a third of all food worldwide – totalling 1.3 gigatonnes – is squandered annually. In Australia it’s estimated we waste $20 billion worth of food a year.

In line with the UN’s Sustainable Development Goals, Australia (through its National Food Waste Strategy) has a target of halving the amount of food it wastes by 2030. A baseline was released last month, with research by Arcadis establishing a total 7.3 million tonnes was wasted over 2016/17. Households were the biggest contributors (34 per cent), followed by primary production (31 per cent) and manufacturing (24 per cent).

The good news is the problem is addressable and presents big opportunities for those clever enough.

Dr Steven Lapidge, CEO of the Fight Food Waste CRC, points out the dairy industry creates enormous amounts of whey, which not too many years ago would go straight into or on the ground.

“Now it’s being turned into high-level protein powders for bodybuilding and the like,” he tells @AuManufacturing.

“There’s a really good example of what’s possible when you think about it and look at new markets and new consumer trends and work out what the future consumer would want and then create that from a waste stream. That is what the CRC is really about.”

Rethinking waste might take creativity and a bit of processing wizardry, but it can pay off. There are plenty of illustrative stories. 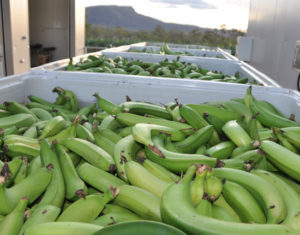 In 2017 Unilever released a Hellman’s brand ketchup which was reformulated to include green tomatoes. These made up about a tenth of tomatoes supplied, and meant the company used instead of threw out roughly 2.5 million tomatoes a year.

Then there’s the UK’s Toast Ale. Surplus bread is toasted, mashed, and brewed with hops, barley and yeast, with about one saved slice per stubby of this craft better. These folks have worked out how to drink a problem away.

The heartbreak of wasted lady finger bananas, rejected by supermarkets for cosmetic reasons, drove second-generation Queensland farmer and Natural Evolution Foods founder Rob Watkins to develop a process for extracting high-quality, gluten-free flours and starches from green bananas. This “NutroLock” process can be applied to countless other fruits and vegetables, and the company’s range of products is reaching a burgeoning export market.

Lapidge’s CRC has a mission to “reduce, transform and engage,” and the middle part of this will include efforts to create high-value products from waste for food manufacturing and agricultural businesses.

The CRC’s genesis is in 2013, its funding ($30 million in Commonwealth support, plus $34 million in cash and many millions more in-kind from industry and other participants) was announced in April last year, and it is preparing to announce the first half of its research portfolio in mid-year.

Specifics of the work to be supported cannot be shared, but one project will tackle inefficiencies in the premium potato industry. As much as 45 per cent of crops can get discarded, primarily due to strict cosmetic standards. 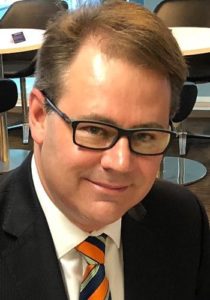 “There’s lots of options there and working out which is going to return the best profit for that industry is the key.” – Dr Steven Lapidge (picture: Auspack)

“About 80 per cent… of premium potatoes, the ones you buy in supermarkets, are grown in South Australia. And they have some of the highest levels of wastage out of any fruit or vegetable crop,” Lapidge tells @AuManufacturing.

“And it cost exactly the same to produce that graded out potato which you get zero value, zero return on as the premium potato that you get $1,000 dollars a tonne on.”

“We want to turn them into valuable products, whether that’s related to an ingredient for other foods, or it could be a bioactive, or it could be the nutraceutical market. It could be bio-based packaging. There’s lots of options there and working out which is going to return the best profit for that industry is the key.”

Among costs, regardless of whether a crop is sold or not, is water. It’s been estimated that 1,460 gigalitres of water is used annually to grow Australian produce that is thrown out.

More and more companies operating in the thriving food and beverage industry – Australia’s largest manufacturing sector and employer of over a quarter of its workforce – are seeing that it makes sense to extract value from what used to be thrown away.

One promising startup and Swinburne University spinout, Viridi Innovations, is commercialising a process to extract polyphenols, tartaric acid, and grape sugar out of grape marc. This is where 15 – 30 per cent of grape crush ends up, and at 1.79 million tonnes crushed last year, this means a lot of marc. Much of this becomes landfill. Reducing winemakers’ waste and creating inputs like tartaric acid – as well as potentially creating new revenues from possible nutraceutical products – have obvious appeal.

Whether or not it’s out of a sense of environmental responsibility, it makes sense for companies to rethink what they take in and put out, and the value attached at either side.

Lapidge believes people are becoming more conscious of the waste they create, and praises the ABC’s War On Waste in promoting the topic. He believes that as there’s a more holistic view of any production system, there’s a reexamining of old ways of growing, making and discarding in a linear approach.

“We can create ongoing value out of a waste stream, and I think more and more manufacturers are realising what they used to give away or even pay to get trucked away could actually be a second profit stream,” he offers.