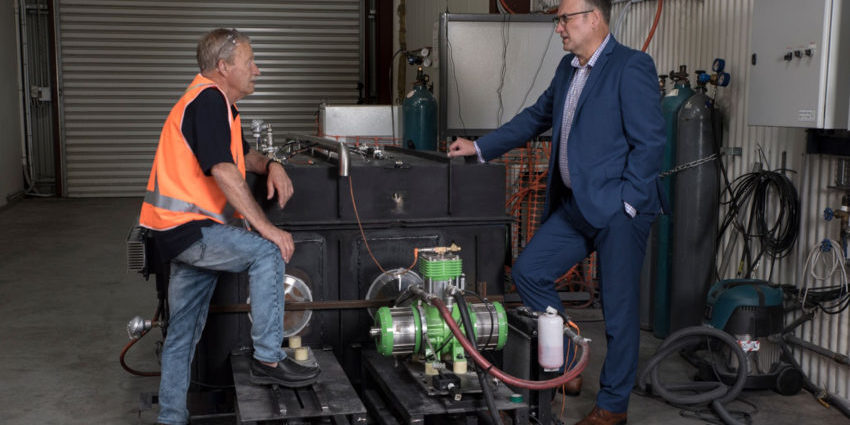 An Australian thermal energy storage company has reached in principle agreements to pilot thermal batteries in the telecommunication and eco-housing industries.

CCT Energy Storage is on track to install its first commercial Thermal Energy Device (TED) at a mobile phone base station in Adelaide, South Australia, before the end of the year following an in principle agreement with an Australian infrastructure provider.

The Adelaide-based business has also reached an in-principle agreement with UK Eco builder and renewable energy company Eco Build & Renewables Ltd to provide a thermal battery at a 12-home housing estate it is building in West Midlands.

CCT unveiled its first 24kW TED in March, which it claimed to be the world’s first working thermal battery using silicon as a Phase Change Material (PCM).

The TED can accept any form of electrical input and convert and store it as heat.

This heat can be readily turned back into electrical energy on demand. The TED can produce base load output and charge and discharge simultaneously.

Chief Executive Serge Bondarenko this week said CCT was developing a 15kW system to be installed at a telecommunications site in South Australia. He said the TED would be charged from the grid when electricity prices were low.

“We’ll basically be taking orders from the beginning of next year because it will be a field test pilot where we will have potential customers coming in to take a look at it.”

Bondarenko said it was expected to take 12-18 months to develop the 100kW output required to provide an effective energy storage system for a housing estate.

He said the residential product had the added bonus of providing hot water to homes because heat was a bi-product of the conversion process. 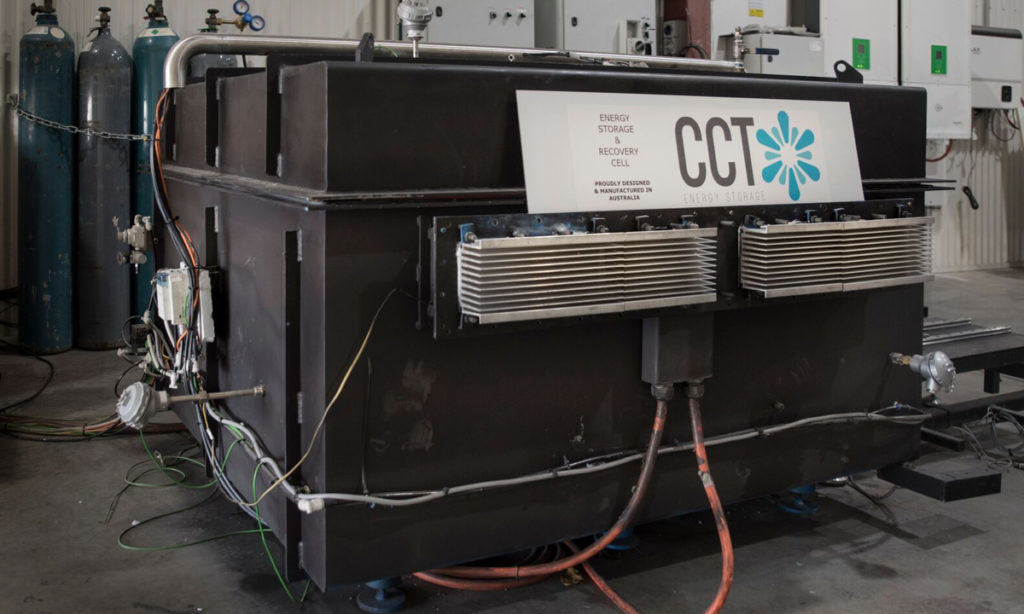 “Our standard device with only two minor adapters we can get consistent 78C water with no additional cost other than plumbing,” Bondarenko said.

“They are a lot more advanced in the UK than what we are in Australia – their virtual power plants are operational and they’ve got smarts in their control systems where they can actually give the energy to anyone. All they are waiting for now is an energy storage solution that we can provide.”

EBRL has built about 35 homes in the UK so far and is expanding its focus from individual builds to sustainable public housing estates.

Its technology involves sealing a house air tight to maintain indoor temperatures with minimal heating and cooling. This efficiency is then combined with a suite of renewable energy generation including solar PV, batteries and air source heat pumps. Eco village build solutions will also include small wind turbines and anaerobic digesters.

EBRL Director Matt Gavin was recently in Adelaide and said he also planned to establish EBRL Australia in the South Australian capital in the next 12 months.

“We believe the products we’ve got with the backing of CCT that we’ve got a great opportunity to improve people’s lives, save them money and reduce CO2 emissions,” Gavin said.

“But we’re not going to use this product specifically just to run housing estates – we work in lots of different areas where we supply renewable energy to commercial properties so this product means we can start running off the grid.”

“We’re extremely excited particularly in the telco space because that’s the quickest to market,” he said.

“The other markets are steady but stable and require application specific design and development.

“They will be the initial test pilots into the industrial and residential sectors and then it will roll out from there whereas the telco model is moving ahead much more quickly and we believe we’ll have sales early next year.”