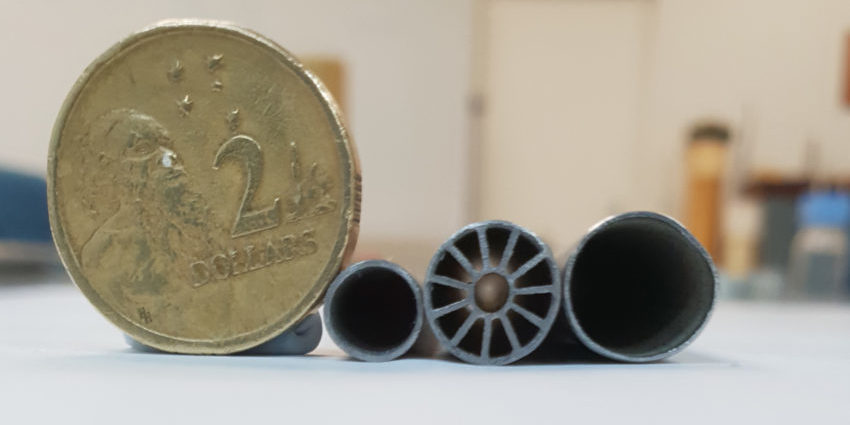 Titanium filtration membranes originally designed for the wine sector are being adapted for a new range of industries including oil, wool and water.

Developed in South Australia by Advanced Material Solutions (AMS), the super-strong titanium membrane is unaffected by salt or chemicals such as chlorine and can be adjusted to screen out specific materials down to 0.05 microns.

A commercial system has already been installed at a meatworks in Victoria where the filters removed fats, oils, grease, blood cells and reduced e coli levels from 240,000 down to less than 20 parts per 100ml.

Another system is being used by a wastewater treatment company in Canada and several units are in the process of being commissioned at wineries in Australia and the United States.

AMS Managing Director Gilbert Erskine said the ability to efficiently separate oil and water had led to the development of the first of a possible five wool scouring plants in Australia and the potential for a further three in New Zealand.

He said the dual filtration system led to a huge reduction in water, chemical and energy use because the cleaning water could be reused and did not to require as much energy to reheat.

“They bring the wool in then they wash out all the dirt and then they remove the lanolin oil to end up with nice clean wool but it creates a lot of waste and it uses a lot of water,” Erskine said.

“We’ve got a membrane that removes the particulate to clean the water while leaving the detergents in there but in that there’s also the oil.

“Then we put it through another membrane that splits and removes oil from water.

“We’ve proved that we can reuse that water. And on the lanolin itself we end up with this beautiful, sparkling lanolin oil.”

Based at Lonsdale in Adelaide’s southern suburbs, AMS has been in business since 1985 and has had a long affiliation with the wine industry.

Other applications being explored by AMS is the cleaning of monoethylene glycol, an important raw material in oil and gas wellheads to prevent the formation of hydrates that result in blockages in pipelines and equipment.

“They put it down the well and by the time they get it back to the surface it’s full of particulates and they want to clean it and reuse it but it’s not an easy material to filter – the typical polymeric membranes don’t handle it very well at all but the titanium does,” Erskine said.

AMS has installed five furnaces and is looking at adding another two to further ramp up production.

“We’re gearing up. We’ve become end to end so we can bring our raw materials in, we’ve got a good reliable source of material now and from bringing the raw material in to producing high-quality membrane is completely sorted and the fabrication shop has been streamlined.

“After extensive trials, we have demonstrated the cost and efficiency benefits of replacing traditional crossflow filtration systems with our titanium membranes.”

“We want to get out and prove just how good this is.”