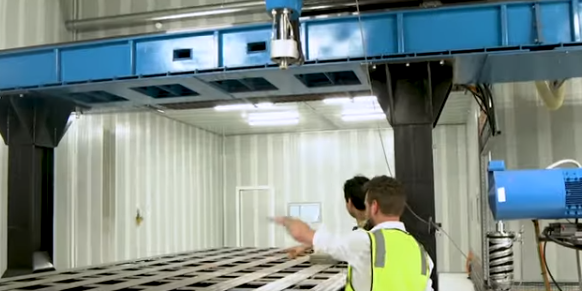 In his monthly investor update, Titomic managing director Jeff Lang listed a number of cases where the company’s strategy of producing test parts for customers was leading to the purchase of components in volume as well as TKF production equipment.

Titomic makes the world’s biggest and fastest 3D metal printers (main photo) based on CSIRO’s TKF processes, and has secured supplies of necessary metal powders including titanium from suppliers.

Lang said: “This allows up to three rockets to be manufactured per eight hour shift.

“Titomic has been able to create this high performance rocket in titanium which is half the weight of the stainless steel material used by SpaceX in their latest Starship.” 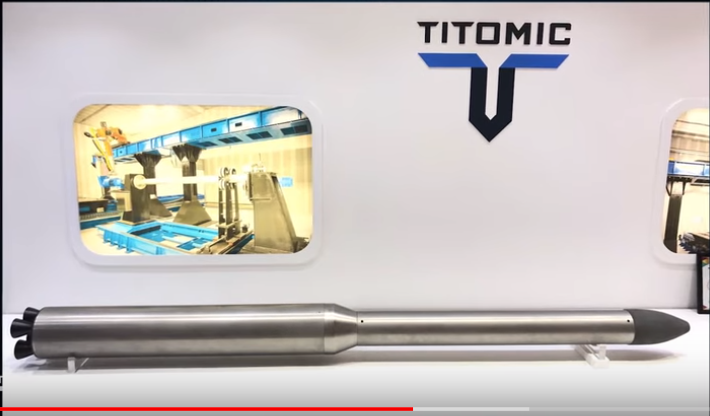 Lang said the company was now negotiating opportunities with European and United states based space companies for systems, parts and products.

The company had also manufactured three stainless steel pipes (pictured below) each weighing four kgs for a UK based manufacturer of nuclear and defence products.

Each pipe took thirty minutes to manufacture on TKF production machines, allowing for 16 parts worth $21,000 to be produced in an eight hour shift.

Lang said: “The market potential for these products is in the thousands.

“Upon successful validation we will provide OEM production services…with the client intending to purchase a TKF production system.” The production requirement is for 2,000 units per annum.

“To date we have built one full scale prototype.

“The client is completing a final evaluation to look at purchasing a customised TKF (production) system.”

Lang said the company was also engaged with a number of customers for the manufacture of tooling and had received purchase orders to produce multiple tools.