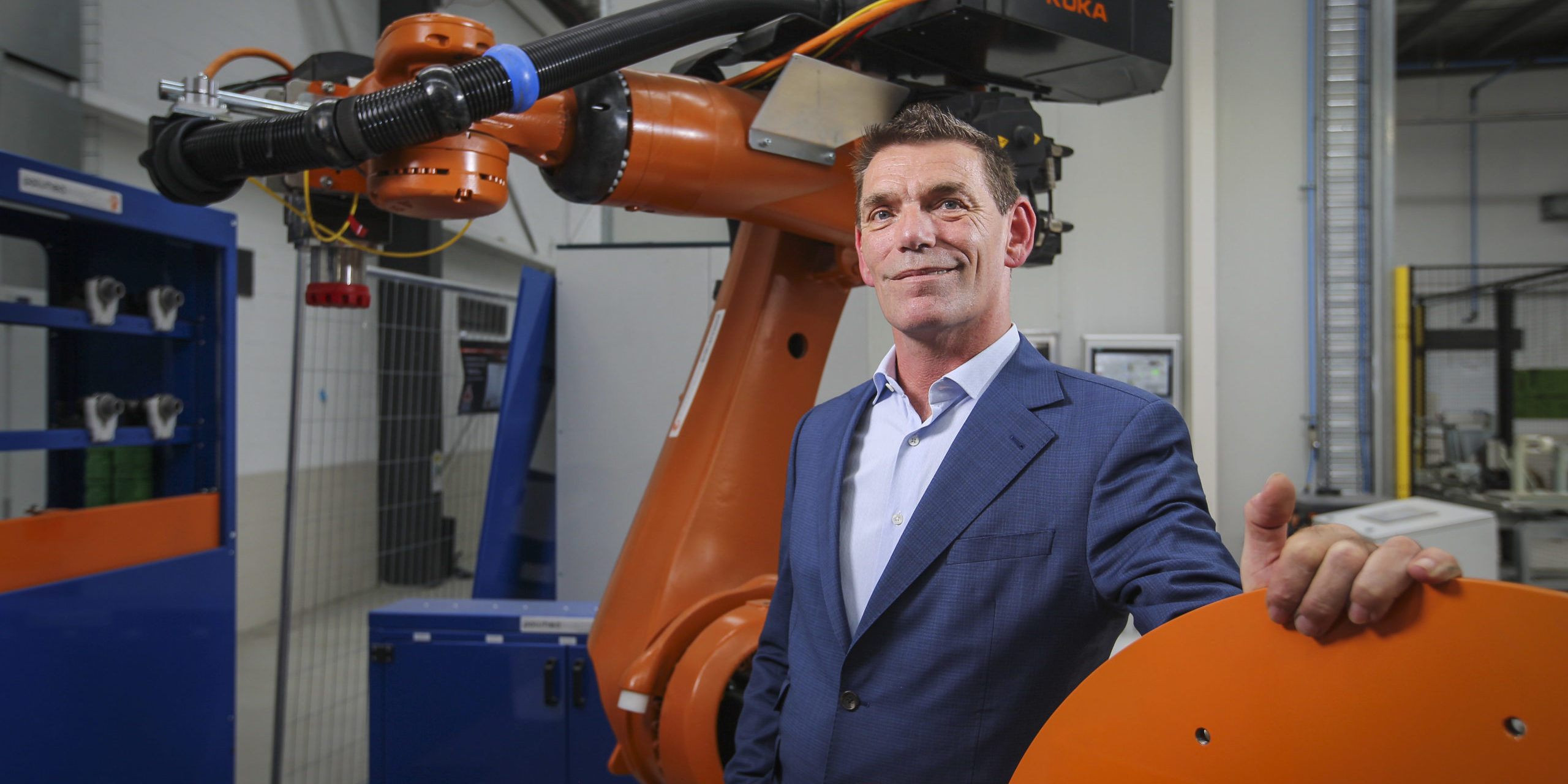 It was only in February 2019 that the board of industrial scale 3D printing company Titomic decided on a subtle change of direction that is now paying off for the Melbourne-based business.

Instead of jostling the dozens of other manufactures of 3D printers for a share of the printer market, it would focus on the mass production bottlenecks faced by global defence and aerospace contractors and turn them into opportunities for Titomic.

So instead of offering customers a product that would disrupt what they were now doing, Titomic zeroed in on where its unique machines and services could deliver a step-change in output of mature supply chains.

Titomic CEO Jeff Lang (main picture) told @AuManufacturing: “Titomic’s focus has been how do we add value to key industries by complementing their processes and working directly with them on the production issues they face.”

In a wide-ranging interview Lang said one of the most exciting opportunities emerged in manufacturing the huge metal invar moulds needed to make complex composite parts for aircraft such as the Boeing 787 and Airbus A350.

Invar comes from the word invariable and is a nickel–iron alloy notable for its low coefficient of thermal expansion.

Traditionally these have been carved from massive blocks of metal, or cast roughly into shape and then machined.

The first, subtractive process is massively wasteful in material, leaving companies waiting two years just to get the raw material. The casting process has inherent faults of porosity that reduce mould life.

The result are massive backlogs in building invar tools that are dragging down the efficiency and productivity of the world’s airplane manufacturers.

Importantly its TKF 1000 additive manufacturing machine (pictured below) creates parts without size constraints and with no heat-related distortion.

“The demand for carbon fibre parts is growing exponentially and no -one can get the tooling required.

“Now we have shown we can build tools at extremely fast rates and the end product we get out of our process is far superior.

“All of a sudden we have reduced their lead time to manufacture tools and we have increased the performance of the product.”

Titomic’s production focus paid off in recent weeks with two major announcements that reveal key aspects of its revamped strategy.

In February it sold two TKF 1000 machines valued at $25.5 million to Composite Technology, an Australian R&D and commercialisation division of a global defence product manufacturer.

And in March it announced a partnership with largest aerospace tooling supplier in the world, Ascent Aerospace which it believes could disrupt the global tooling industry.

The TKF production process will be certified by the company to deliver NATO replacement parts to the global defence market.

So on the one hand it is selling machines, and the other it is positioning itself as a manufacturer and supplier of the tools so in demand by the world’s leading defence and aerospace companies.

As Lang said: “So as well as selling machines, we plan to set up production bureaus in the major tooling markets.

“We are in discussions with potential customers in the United Kingdom, Europe, Asia and the United States.”

Titomic already operates a production bureau in Melbourne which is running near capacity, and plans to use $19 million in new capital just raised from investors to expand its Australian manufacturing base and set up other production bureaus abroad.

The company has also identified soldier systems such as body armour and rifle barrels as ideal for the TKF production process.

Another fascinating opportunity being chased is in manufacturing large pressure vessels such as those used in rocketry and in storing gases such as hydrogen.

Apart from a unique tecchnology and its understanding of customers, Titomic’s strength lies in its management which has deep experience with commercialisation and efficient manufacturing.

COO Glen Casey is a high-performing former CEO of a manufacturing companies including Nylex Ltd, while CFO Robert Turner is a former Group Chief Financial Officer of Crown Resorts.

Chairing the business is Adelaide industrialist and entrepreneur, Philip Vafiadis who is better known overseas than in his home country.

Lang said: “A lot of companies struggle to navigate fast growth, but we have a good understanding of what it takes to introduce new technology into the marketplace.

“So we are going to be working at a very fast pace.

“We also represent in some ways Australian culture – we like to get the job done.

“We think we demonstrate Australia’s great capacity around advanced technology and we intend bringing manufacturing back.”

There are a handful of Australian manufacturers exporting industrial machines and machine tools while a small number of former automotive suppliers have made the transition to supplying global tooling supply chains.

But if Titomic can live up to its promise, it would be a dramatic statement that Australia is capable of mixing it in the ultra-competitive world of advanced manufacturing. 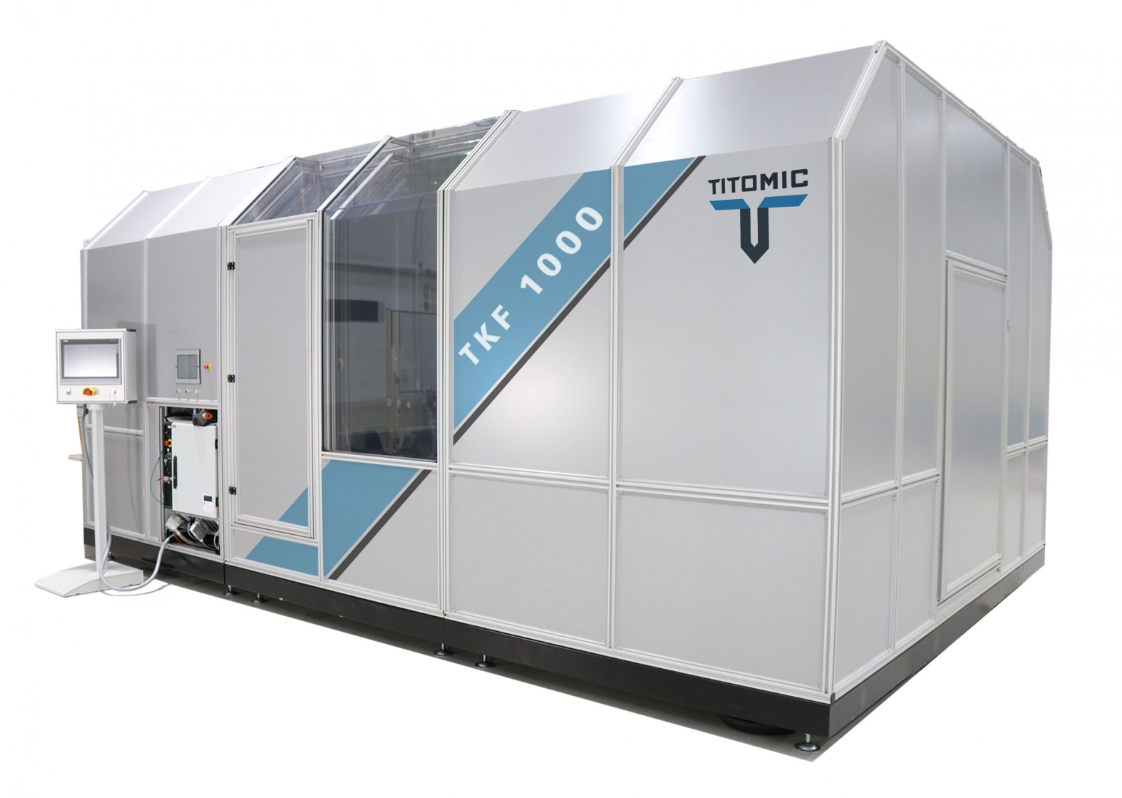