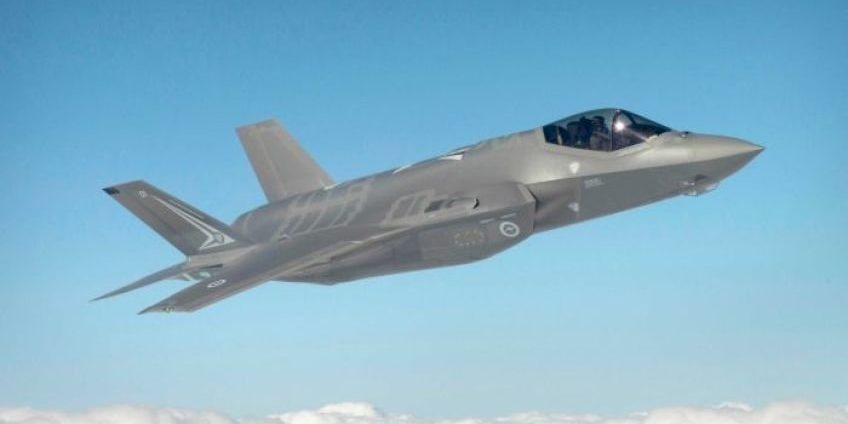 US President Donald Trump has sparked a diplomatic row with Australia after he threatened to end offshore manufacturing of parts for the F-35 Lightning joint strike fighter (JSF).

Speaking to Fox news he described overseas purchases for the jet as ‘crazy’.

Fifty Australian suppliers, and hundreds if not thousands of jobs, are in the direct firing line as our companies supply many key systems for the jet, operated by the RAAF, under a government to government agreement.

The twin vertical tail fins, a complex system of composites and titanium parts, are one of the biggest components threatened, with producer BAE Systems Australia and its sub-contractors Marand Precision and Quickstep the main victims.

As this is the sole source for the fins, it would take months if not years and significant investment to reshore their manufacture to the US.

Trump has made the threat to bring home American jobs as he struggles in the polls in the run up to the US Presidential elections in November.

Australia will surely argue against the move, however Trump is playing to his base with talk of jobs for Americans at a time many have lost work due to the coronavirus pandemic.

The Unites States would be repudiating numerous commercial agreements if it ended Australian component sourcing, but more importantly Australia’s early involvement as a design and development partner in developing the JSF.

John Howard committed $200 million to the process and Australia has since purchased 72 of the stealthy jets in a $17 billion programme.

The $200 million was an investment by Australia which smoothed the launch of the JSF – access to supply chains for Australian suppliers was the quid pro quo.

Trump’s outburst also brings into question other Australian systems supplied to the US defence effort, including the including the Nulka missile decoy system and guidance systems for the Evolved Sea Sparrow Missile.