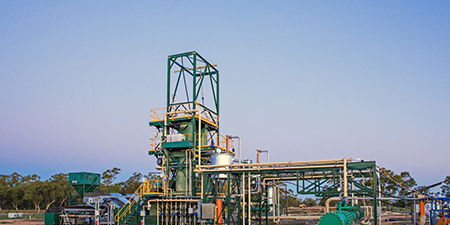 Environmental Clean Technologies and Green Distillation Technologies have signed a MoU to collaborate on a project which could see GDT’s proprietary tyre recycling technology deployed at ECT’s site an Bacchus Marsh, Victoria.

ECT has been developing the Bacchus Marsh site as an integrated ‘waste to clean energy hub’ including as the home of its net zero emission hydrogen refinery concept demonstration site.

GDT has been developing a network of small scale tyre recycling plants at regional sites such as Warren and Toowoomba, using its its core distillation technology the Randall Process.

Named after inventor Denis Randall, it is able to heat and separate end-of-life tyres into steel, carbon, and oil. The invention has won awards including a bronze at the 2015 Edison Awards.

The company says it is able to turn a 10 kilogram tyre into four litres of oil, four kilograms of carbon, and two kilograms of steel

GDT chairman John Fletcher said: “There is a rapidly growing waste stream of end of life tyres in Australia, with over 26 million units generated each year.

“GDT’s technology is a timely solution to one of Australia’s significant waste issues.

“Operating under a carbon negative footprint and delivering commodities that supplement, substitute or replace fossil-derived products.”

The collaboration will investigate the co-location and integration of its technology with ECT’s COLDry technology which utilises waste biomass and lignite.