Uber for manufacturers? It’s on the way 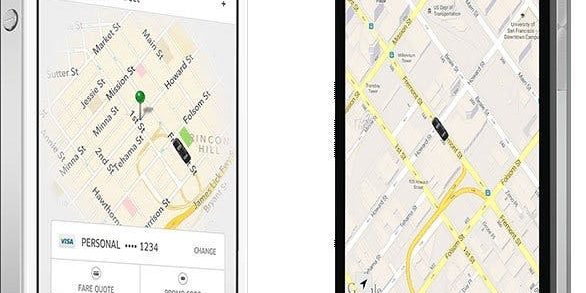 The future will deliver a Uber-like scenario for manufacturers and their suppliers, according to the R&D head for one of the biggest computer aided design software companies.

Speaking at the Solidworks World conference earlier this month, the company’s R&D Vice President Manish Kumar gave a presentation on the major industrial and social trends driving development within Solidworks and its parent company, Dassault Systemes.

Asked if the ease of cloud-based collaboration within and across companies would see manufacturers exploit Airbnb or Uber-type ways of operating, Kumar said this was already happening to some extent. Dassault is among the companies pursuing this vision through its Make: Marketplace offering.

“You can start to provide your machines which are sitting idle, if they are, and become part of this growing network of manufacturers,” he told @AuManufacturing.

“[A] user, if they want to manufacture something, can provide you with a job you can possibly do, if you have capacity. So that’s happening today.”

US companies Xometry (established in 2014) and MakeTime (established in 2015 and acquired by Xometry last year) have brought the sharing economy trend to production. Xometry’s investors include BMW and GE, and it has over 2,500 machine shops in the United States among its network.

Though things like prototyping bureaus and machine shops are not new, the potential to seamlessly outsource production of components is intensified by the platform era. Dassault’s attempt to tap into the sentiment was introduced early 2018, and has attracted 200 users so far, with 15,000 machines among the pool.

Kumar is part of Dassault’s R&D team, which numbers some 6,700 and spent $US 0.6 billion in 2017. In the last 12 months, Boeing, Airbus and GE Aviation have adopted the French software company’s 3DExperience collaboration platform, which offers various apps for purposes including product lifecycle management, multi-physics simulation, and design.

Within Australia, 3DExperience is the platform the Attack Class submarines will be designed and built through. Among programs Dassault is involved in is the Virtual Shipyard project, which assists SMEs adopt digital collaboration tools. The first round of the Virtual Shipyard included Redarc, B&R Enclosures, and Mincham Aviation among participants.

Asked about the impact of “Uberisation” on manufacturing, Dassault’s Cloud Advocacy Director Aaron Kelly said an exact timeline was not something he could provide. However, and like Kumar, he said it was already here, at least partially. 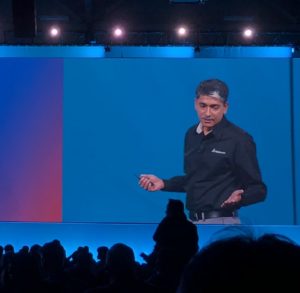 “It’s harder to go down to the shopfloor and ask someone who works at the same company to find a couple of hours to machine something for them. It’s cheaper. So this micro-manufacturing: it’s real.”

Kelly added that mass production was a little different, and required a longer conversation between parties.

Others are skeptical about the usefulness in full-blown production. There are issues of traceability and consistency, for example. Justin Rose, a managing partner at Boston Consulting Group, told Quartz in 2017 that the concept was far from maturity, and, “I find it hard to believe that a major automotive supplier would at some point have a production line entirely running [leased production facilities].”

What’s easier to believe is that sharing economy-type outsourcing could become more popular over time, at least for small quantities.

What if there’s an unexpected spike in demand, offers Kumar, and your regular supplier has problems at their factory, be they to do with illness or unexpected machine downtime?

“What do you do? You just have to wait. You don’t really have a choice. That is the same exact concept that taxis used to have. If I order a taxi and can ride that time, great, if not I just wait,” he says.

@AuManufacturing attended Solidworks World 2019 as a guest of Dassault Systemes.

Against the odds, South Australia is a renewable energy powerhouse. How on Earth did they do it?
February 26, 2021