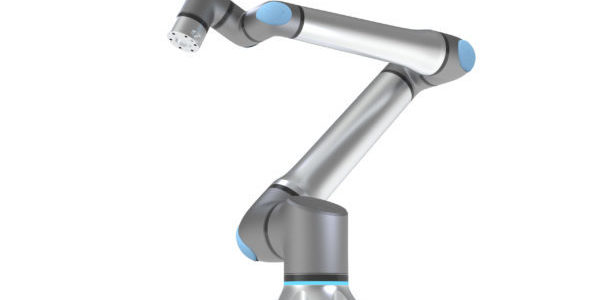 Denmark-headquartered collaborative robot company Universal Robots has announced a new machine with a 20 kilogram payload capacity, which is being demonstrated this week at the Automatica trade show in Munich, Germany.

The new unit, named UR20, has the biggest carrying capacity in the company’s portfolio of robots. Its usefulness in palletising was mentioned early on in a statement about the launch, though other applications such as machine tending and loading were suggested as possibilities.

According to Universal Robots, it features an “entirely new joint design that will allow for even faster cycle times” and the heavier loads, and a 1750 millimetre reach “designed to work to the full height of the standard Euro-pallet, which will transform the way businesses package and palletize”, plus a small footprint (diameter 245 millimetres.)

The company’s President Kim Povlsen said, “Our expert engineers have completely re-engineered the arm while retaining the same intuitive user interface we have long been celebrated for.

“The benefits of the UR20 are significant, from faster cycle times and the ability to handle heavier loads, to greater reach with a small footprint. We’ve also incorporated advanced software enhancements, giving users unprecedented motion control capabilities.”

The new robot is expected to be available to pre-order in late-Q4 2022, Universal Robots said, and would begin shipping in Q2 2023.

Universal Robots has sold over 50,000 collaborative robots since selling its first in 2008. It is owned by US-based Teradyne.

Picture: The UR20 (supplied)