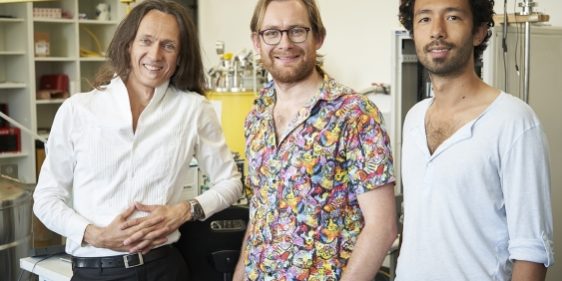 A team of engineers at the University of New South Wales has made a quantum computing breakthrough that will simplify control of individual atoms used to store data at the sub-atomic level in nanoelectronic devices.

Their study, published yesterday in Nature, reported the team had succeeded in controlling the nucleus of a single atom using only electric fields.

UNSW’s Scientia Professor of Quantum Engineering Andrea Morello said: “This discovery means that we now have a pathway to build quantum computers using single-atom spins without the need for any oscillating magnetic field for their operation.

“Moreover, we can use these nuclei as exquisitely precise sensors of electric and magnetic fields, or to answer fundamental questions in quantum science.”

That a nuclear spin, which can be used to store and retrieve data, can be controlled with electric, instead of magnetic fields, has far-reaching consequences.

Generating magnetic fields requires large coils and high currents, while the laws of physics dictate that it is difficult to confine magnetic fields to very small spaces.

On the other hand, electric fields can be produced at the tip of a tiny electrode, and they fall off very sharply away from the tip.

Morello said the discovery shakes up the paradigm of nuclear magnetic resonance, a widely used technique in fields as disparate as medicine, chemistry, or mining.

“Doctors use it to see inside a patient’s body in great detail while mining companies use it to analyse rock samples.

“This all works extremely well, but for certain applications, the need to use magnetic fields to control and detect the nuclei can be a disadvantage.”

The researchers usilised nuclear electric resonance and demonstrated the ability to control the nucleus with electric fields.

Morello said it was possible to build sensors of electromagnetic fields with vastly improved sensitivity.

“And all this, in a simple electronic device made in silicon, controlled with small voltages applied to a metal electrode.”