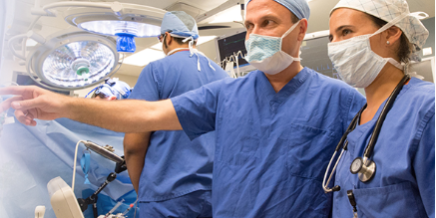 Cardiovascular disease monitoring technology company USCOM has posted a smaller loss for the 2019 financial year following the reorganisation of manufacturing.

The company, founded in 2000 on cardiovascular research by at the University of Queensland, reported revenues of $3.64 million and total costs of $4.3 million.

UNSCOM makes a range of non-invasive cardiovascular and pulmonary monitoring devices in Budapest.

During the year the company moved to new manufacturing premises and, despite three months of regulatory disruption, produced 74 per cent more devices than the previous year.

Sales were up partly because to participation in international hypertension clinical trials.

Chairman Rob Phillips said the year was one of continued growth, record revenue and expanded operations.

“Additional approvals over the next 12 months combined with improved operational structures should ensure continued growwth across all markets.”

During the year the company opened offices in Singapore and Beijing, and made progress on achieving sales in China for eight device types.

Approvals are also close to being achieved to allow a re-start to sales in the Middle East and South East Asia.

Uscom has an aggressive global growth strategy and acquired Pulsecor Limited in 2013, and Thor Laboratories in 2015.