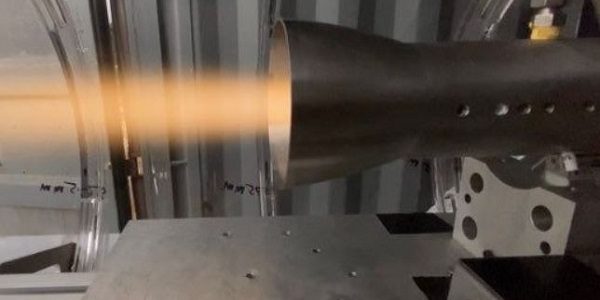 The Australian Space Agency has awarded Valiant Space a $750,000 grant as part of the Australian government’s Moon to Mars Initiative.

Valiant will conduct two demonstration spaceflights of its VS-1 non-toxic thruster hardware over the duration of the one-year project.

Valiant CEO Andrew Uscinski said: “By scaling up and flight testing our VS-1 thruster, we are positioning ourselves to enter into a growing market looking for faster, safer, and cheaper in-space propulsion.”

Valiant Space was previously awarded a Demonstrator Feasibility Grant in mid-2021 by the Australian Space Agency to mature the company’s non-toxic thruster technology.

Valiant Space’s CTO Michael Douw said: “This is a success story for Valiant, and for the Australian space industry.

“The feasibility work we have conducted has matured into a high tech, high value, and export ready supply chain opportunity.”

The project will see Valiant complete its first orbital flight tests, launching onboard two SpaceX missions in Q4 2022 and Q2 2023 – gaining flight heritage is a critical milestone for all aerospace companies.

The company will also bring critical manufacturing capabilities in house, expand and upskill its team, and ramp up production of the VS-1 thruster in advance of market entry later in 2023.

In-space chemical thrusters are necessary for manoeuvres, such as orbit insertion, orbital maintenance, collision avoidance, and de-orbiting. Currently, the space industry relies heavily upon carcinogenic propellants for this type of propulsion.