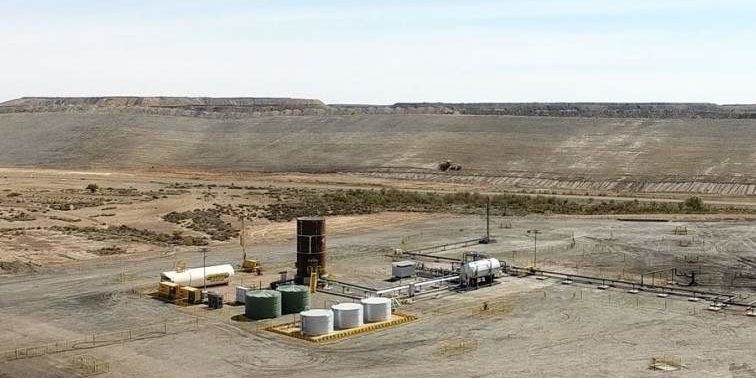 Leigh Creek Energy (ASX: LCK) has reported the potential for a low-cost, disruptive technology to improve the viability of fertiliser production from its South Australian coal fields.

The company, which has proven large reserves of gas available from in situ gasification, annnounced the results of a study by Thyssenkrupp.

Thyssenkrupp, which has developed 14 fertiliser plants in the past decade, found gas feedstock from the Leigh Creek coalfields would be available at a fraction of the cost of natural gas production.

Rather that needing to produce ammonia from natural gas, Leigh Creek’s syngas can be fed straight into the production process for fertiliser.

Leigh Creek Energy describe this as ‘the disruptive process’.

The study found while feedstock costs were $320 per tonne of urea produced for natural gas, they were $40 per tonne for syngas.

The company said: “We note that the country’s major fertiliser supplier, Incitec Pivot, had to rely on Queensland Government support with an emergency measure to help them obtain gas supply.”

The study found fertiliser produced from Leigh Creek syngas would be on a par with the world’s lowest cost urea producers.

“(Leigh Creek) will also have a significant cost advantage over the current Australian domestic production and also compares favourably to recently announced plants.”

Leigh Creek’s managing director, Phil Staveley said: “This is an extremely attractive and robust project, now and in the long term.”