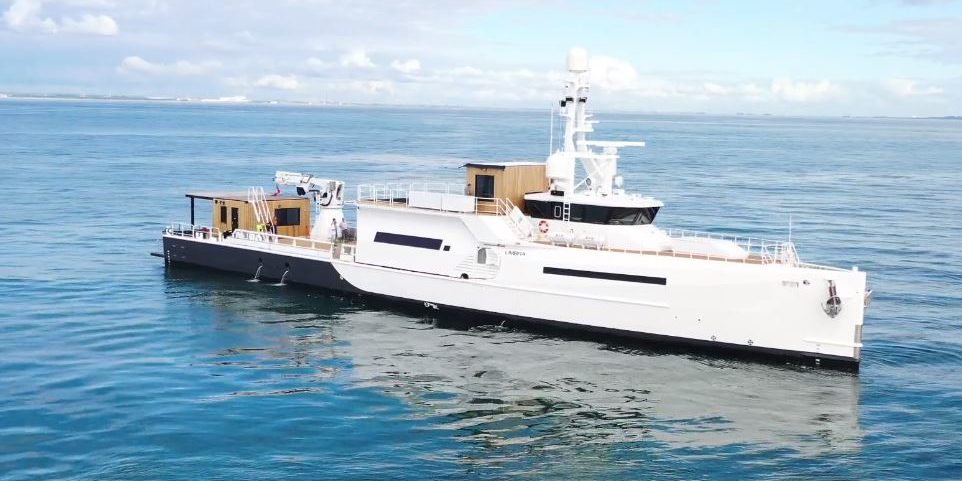 The vessel, a Damen YS 5009 exploration vessel the M/Y UMBRA (pictured), had been purchased by an Australian yacht owner to extend and refit for long range cruising and exploration.

The stabiliser (pictured, below) was installed to reduce the roll of the vessel in heavy seas, to provide a stable platform when underway, at anchor, undertaking helicopter operations, launching and recovering large tenders and hosting guests.

The hull was extended to enlarge the deck area to allow it to accommodate larger tenders and a beach club module, which enabled configuration of the aft compartment for the VG520SD.

Sea trials were successfully performed in August, achieving an impressive roll reduction in vessel rolling motions, according to VEEM.

M/Y UMBRA Captain Braeden Carruthers said: “I was very surprised with how well it worked and how instantly it worked. From being on the vessel for three years, this has made a major improvement to the vessel.” 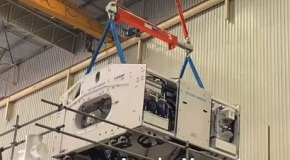