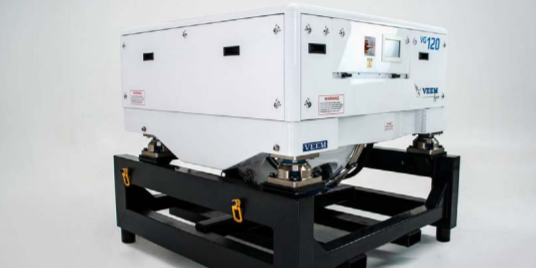 Perth marine engineering group VEEM has grown profits in the latest financial year despite the cyclical nature of some of its big ticket defence contracts.

The company, which manufacturers ships propellers, drive shafts and stabilising gyro systems, recorded net profit after tax of $2.76 million in 2019, up $500,000, on turnover of $40.7 million.

EBITDA reported to investors in a market update was $4.92 million.

Overall sales were down $4 million for the year, reflecting the timing of hull valve deliveries as part of full cycle maintenance of the Collins Class submarines.

The company commented that it has won orders to provide shaft lines to the Pacific Patrol Boats which are being build in Perth for Pacific Island governments.

It is now pre-qualified and taking part in tendering for upcoming contracts for offshore patrol vessels, the Hunter class frigates, and the Attack class submariners.

And its work load providing fin ride control systems for multi-hulled naval and passenger vessels built by Austal is strong.

The company has $5.4 million in orders for the gyros and will deliver its first gyros in a breakthrough order for Damen Ships in 2020.

The marine gyroscopes provide stability for vessels up to 3,000 tonnes.

VEEM has been established 50 years, and boasts an automated CNC manufacturing facility in Perth.