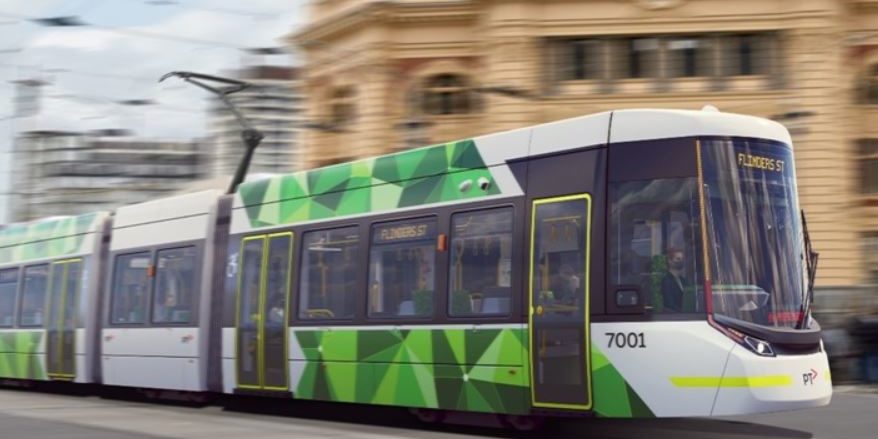 Victoria has announced the biggest-ever contract to build trams ever let in Australia with Bombardier Transportation Australia to build 100 new and accessible trams for the Melbourne network.

Part of the government’s $1.85 billion Next Generation Trams Project, French owned Bombardier will build G class trams (pictured) with a local content quota of 65 per cent included as a requirement.

Bombardier was recently acquired by Alstom.

The Next Generation Tram order will progressively replace some of Melbourne’s longest-serving high-floor trams.

The G class boasts improved capacity over existing high-floor trams with space for up to 150 passengers, and better accessibility making it easier for people with disabilities or mobility aids, as well as those travelling with prams to use public transport.

Onboard energy storage will limit current draw at peak times and reduce power use, also reducing the need for expensive infrastructure upgrades, such as new or upgraded substations.

The new trams will use 30–40 per cent less energy per passenger compared to an E Class tram and will use regenerative braking.

The state government has invested more than $7.5 billion in new and upgraded rolling stock and supporting infrastructure since 2015 with the latest order claimed to support 1,900 jobs.

Minister for public transport Ben Carroll said: “Victoria’s rolling stock industry is the envy of the nation and this project will support up to 1,900 local jobs throughout the supply chain and play a significant part in delivering more accessible services on our network.”