Victorian government calls for farms to trial the IoT 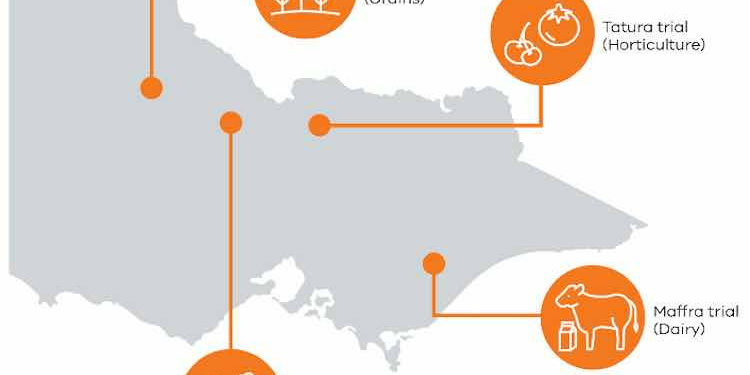 The Victorian Government has called for expressions of interest for its planned on-farm trials of IoT, part of its $45 million Connecting Victoria initiative to improve digital technology and infrastructure across regional Victoria.

In the first round of the trials grants of up to $30,000 will be available to up to 600 eligible applicants in the regions of Maffra, Birchip, Serpentine and Tatura to cover up to two-thirds of the cost of on-farm IoT technology.

Trials in each region will be limited to one type of farming: dairy in Maffra, grains in Birchip, sheep in Serpentine and horticulture in Tatura.

Farmers wanting to take part will need to submit an expression of interest by 2 August.

Agriculture Victoria will support the delivery of IoT connectivity to the trial regions, partner with participants and evaluate the impact these technologies can have on farm performance.

It has appointed four new staff members, one for each region. They will support farmers taking part in the trial by helping them to select on-farm technology.

The Victorian Government released its digital agriculture strategy in October 2018, saying it was backed by $27 million of government funding to help Victorian farmers adopt digital technologies, a figure that includes $12m for the on-farm IoT trial.

In its announcement of the strategy the Government said, to inform the roll out of the trial it was setting up site reference groups for each of the four trial regions.

“Local farmers Bree Whittaker (Maffra), Will Hooke (Serpentine), Linc Lehmann (Birchip) and Mitchell McNab (Tatura) will Chair the respective groups, providing an industry voice to ensure that the trial meets the needs of farmers,” it said.