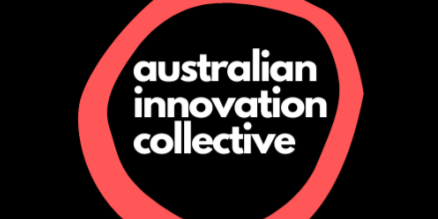 At a time when it seems the whole world needs a bridging loan to get through to the other side of the COVID-19 crisis, a new tech sector lobby group, the Australian Innovation Collective (AIC) has its hands out to the Federal Government for urgent relief funds and innovation policy reform to prevent the ever-struggling home-grown innovation system from outright collapse.

“The growth engine of the new economy, brought to its knees by COVID-19,” is one headline of the submission, beneath an intriguing logo – a roughly drawn red circle enclosing a black space – that no one, including Scandurra, seemed able to explain.

The AIC submission received contributions from 45 tech sector representatives and claims to speak in “one voice” for all participants across the domestic innovation ecosystem.

“The Australian Innovation Collective has been formed to enable Australia to create the new technology-based companies that create the high skill and high paying jobs before automation replaces jobs in Australia’s established large and medium sized firms,” the group says.

“The AIC will provide data and recommend policies to help the Federal Government deliver a targeted and deliberate series of policies as part of its third phase of measures aimed at protecting and accelerating Australia’s COVID-19 recovery and subsequent economic transformation.”

The centrepiece of the submission’s many asks is (rightly) for the government to introduce immediate changes to the long controversial research and development tax incentive (RDTI) program.

It recommends the federal government immediately introduce a bring forward payment of the RDTI for startups with revenue below $20 million, as well as introducing long asked for quarterly rather than annual RDTI payments.

Expanding RDTI funding on a temporary basis until new legislation is passed will provide the most significant stimulus for innovation-driven companies.

But in the spirit of Winston Churchill’s oft-quoted adage, “A good crisis should never be wasted”, the submission is a grab bag of asks for direct and indirect stimuli.

“Whoa!” remarked one long time Silicon Valley VC who has also invested in Australian tech companies. “It’s a strange document. Policymakers probably need an English translation before they can read it.”

In addition, the submission asks for a “lifeline” for incubators and accelerators, most of which were founded with government subsidies. It seems the primary argument here is to enable state and federal governments to protect investment already made and for future benefits not easily quantifiable.

The lifeline would amount to $10,000 per current member or up to a total of $1.5 million per location. Scandurra couldn’t specify how many organisations would be eligible, but with some estimates of 200 incubators/accelerators and co-working spaces in Victoria alone, that lifeline money adds up.

The submission also asks for grant funding of “up to $500,000 per regional hub to deliver online programs to strengthen local communities (“Diversity and Resilience”, “Startup Bootcamps” and training programs to transition local workers to the new economy.”)

Scandurra says the AIC hopes for a response from the government within a month, but that the AIC will be a permanent fixture regardless.

“We’re extremely focused and committed and we’re not going away” says Scandurra, referring to both the AIC specifically and the domestic innovation sector more broadly.

He added: “Movements never die. People do.” Which is kinda ironic given that the driving urgency of the submission is that unless it receives direct and indirect government support immediately, the home-grown tech sector and the many small companies that work in it, will indeed disappear.

“Like other key elements of the economy, the confluence of downside economic conditions compounded by the COVID-19 pandemic has however introduced challenges that will destroy the ecosystem if not addressed,” the submission says.

“The structural aspects of the stimulus packages released by Australian governments to date do not adequately address the need for capital injection into startups and scaleups, nor their higher than usual fixed costs.”

“The first-order and second-order impacts of COVID-19 are already resulting in a significant cash flow shortfall from banks, investors, corporates and universities,” it said.

“Stimulus measures to support Australia’s innovation ecosystem have a far-reaching impact. Beyond startups, these measures will support emerging healthcare, agriculture, energy, defence and manufacturing businesses that will help the economy snap back faster with improved resilience.”

It is true that “one voice” is something the ever-nascent domestic tech sector has not been able to achieve. Despite a small but growing list of high-growth, global Australian-born tech successes – from Atlassian, to WiseTech and Canva – and a far healthier flow of venture capital money in the system, the industry is broad, not deep, and highly fragmented.