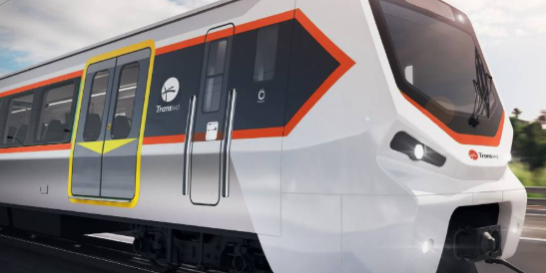 The Western Australian Premier Mark McGowan has announced the design for the new Australind regional express trains (pictured) to be built in the state.

The government, which previously announced construction of new suburban rail cars in Perth, will contract the construction of two, three-car sets in a $54 million order.

The railcar sets, being built in Bellevue in Perth, are expected to be delivered in 2022-23.

“The sleek new design will make the journey between Perth and Bunbury more comfortable for residents and tourists alike, encouraging more people to visit our South-West region.”

The existing Australind train was originally planned to have an operational life of up to 30 years, however issues with corrosion have led to cancellation of some services.

The government also announced an Australind Action Plan which will schedule weekday bus services from Bunbury, connecting to the suburban system at Mandurah Station.

The WA Government has now committed $1.25 billion to building rail cars in Perth.