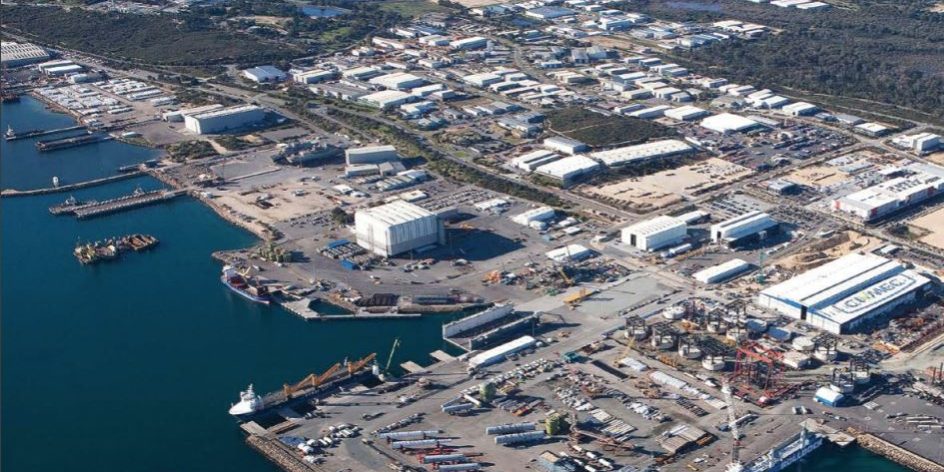 The WA government has announced a $32.1 million programme of investments to upgrade defence marine manufacturing and maintenance facilities at its Australian Marine Complex at Henderson south of Perth (pictured).

The programme adds to earlier announcements, bringing the total being invested at Henderson to more than $89.3 million in four infrastructure projects.

A new vessel transfer path at the AMC has recently reached practical completion and earthworks are now underway for a new shipbuilding hall and two road intersections.

As part of the latest announcement, the existing AMC Berth 1 will be extended by approximately 153 metres and existing services on AMC wharves 1, 2 and 3 will be improved.

The project also includes the design of a 200-metre Finger Wharf to create Berths 7 and 8, which would increase the AMC’s capability to support larger navy vessels.

WA-based civil and electrical construction business Ertech has been awarded the contract to design and deliver the major wharf upgrade, which will be completed by September.

Premier Mark McGowan: “Our investment in a major wharf upgrade at the AMC is an example of our commitment to growing the defence capabilities we need to diversify Western Australia’s economy and create jobs.

“Delivery of these projects will strengthen our case that Western Australia should be the nation’s primary location for frigate maintenance.”

The complex is utilised by over 150 local small and medium-sized enterprises and provides a significant training pipeline for WA workers.