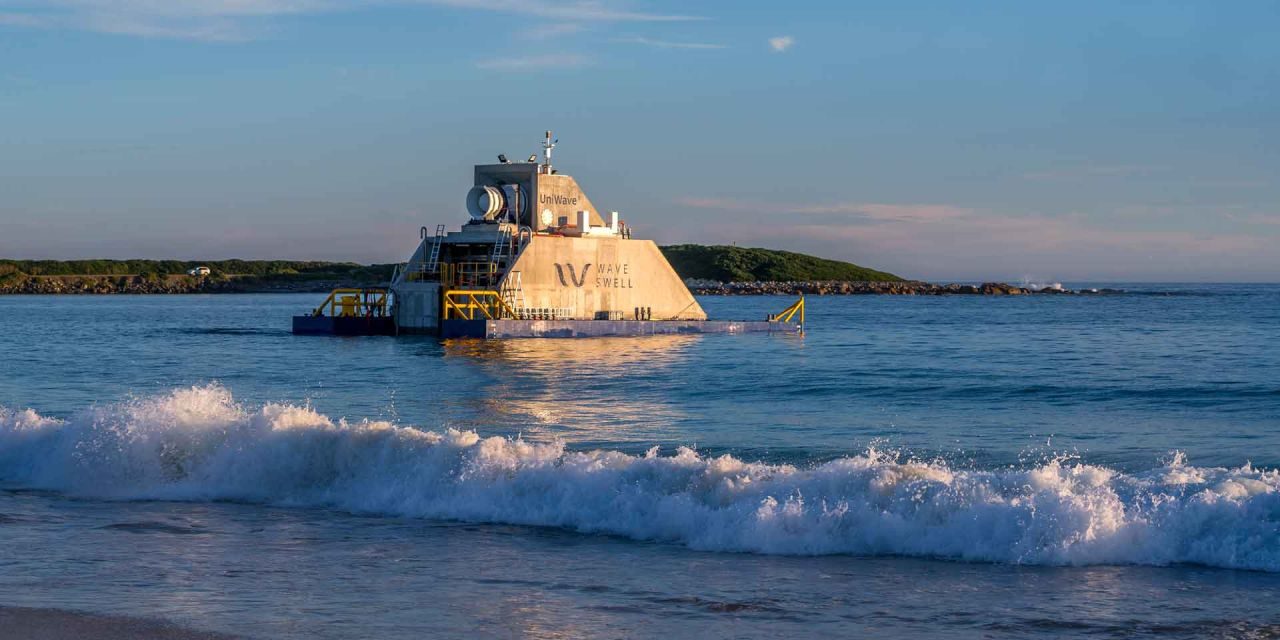 The company’s 200KW wave energy converter has been transported to Grassy Harbour where it will demonstrate the integration of wave energy into the King Island microgrid.

With $4 million in funding from the Australian Renewable Energy Agency, the $12.3 million project will reduce the need for significant battery storage due the relative predictability and consistency of wave energy compared to wind and solar alternativces.

The Wave Swell Energy system involves no moving parts in the water, and the devices can be re-floated and towed to another location.

The company posted on social media that the 40 hour transit from Tasmania had been flawless.

“Countless hours of hard work have gone into this project to get to this stage, and we’d like to thank all those involved in the project from its inception up until now.

“Commissioning of the unit will begin shortly as we approach the connection to the King Island power grid, making it the first power station in the world to simultaneously generate energy from three renewable resources; wave, wind, and solar.”

The technology is based on the concept of an oscillating water column (OWC).

The OWC is an artificial blowhole consisting of a chamber that is open underneath the waterline.

As waves pass the OWC, the water rises and falls inside, forcing air to pass by a turbine at the top of the chamber, generating electricity.