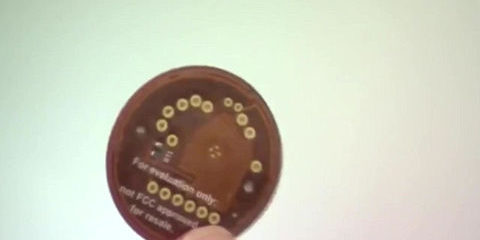 Brisbane-based MedTech manufacturer WearOptimo, which is backed by the Australian National University (ANU), will produce devices in Australia after getting support from the Queensland government.

The company makes small sticker like devices (pictured) that can detect dehydration in patients. According to tWearOptimo, the ‘microwearables’ provide accurate results in real time and may become a substitute for frequent blood testing for various diseases.

A new facility will be constructed in Queensland to manufacture the devices following support through the state government’s Essential Goods and Supply Chain Program.

The Queensland Department of Premier and Cabinet has been contacted to confirm how much funding the project received, but a response was not provided.

The Queensland Essential Goods and Supply Chain Program was set up in May last year to support local manufacturers and businesses impacted by COVID-19. So far funding through the $50 million program has gone to manufacturers of PPE, Covid-19 tests, and biotechnology but individual amounts have not been disclosed.

Deputy Premier Steven Miles said the new WearOptimo facility would be “one of a kind” and produce devices for global distribution.

Miles said: “It’s exciting that such a revolutionary medical technology will be manufactured and distributed globally from Queensland.

“WearOptimo expects more than 90 direct new high-value jobs created over the next five years with the potential for many more in the future.”

WearOptimo was established in 2018 by Professor Mark Kendal with support from the ANU. The company received state government grants to establish a laboratory and a prototype of the microwearable devices.

More government support means the company will now be able to move to the manufacturing phase, and WearOptimo intends to engage with local industry partners for the electronic components used in the production of devices and software, including printed circuit boards, plastic parts, packaging and app software.

Kendal said: “The Microwearables we’re working on will empower individuals and their health care providers.

“Another type of our sensors will help with the early detection of heart attacks and cardiovascular disease, which is responsible for 20 million deaths per year.”