What – if anything – can we learn from the US reshoring movement? 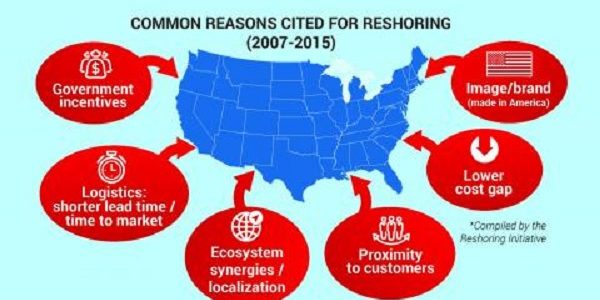 Reshoring manufacturing jobs isn’t exactly a hot topic in Australia. Over in the United States, it’s a different story.

President Donald Trump’s reliably provocative comments on trade deals or factory-related announcements are one reason. Another is that the news on manufacturing jobs coming home has been very good indeed.

According to the Reshoring Initiative, at the start of the milennium the US was seeing an annual net loss of 220,000 manufacturing jobs through offshoring. In 2015 it broke even, with a net positive of 77,000 the year after, then 171,000 in 2017. In 2017, nine-tenths of all new manufacturing jobs were from reshoring, according to the nonprofit organisation’s 2017 Data Report. The 2018 report is due out within a month. Preliminary figures suggest a slight dip, but an overall gain of 136,000 jobs from overseas.

For the Reshoring Initiative, jobs are what matters. They count reshoring based on announcements from OEMs bringing production back in-house from overseas, local suppliers benefiting due to this, and OEMs replacing offshore sources with US ones. Jobs from foreign direct investment are also counted. 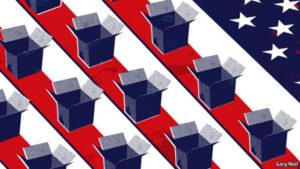 The initiative, which Harry Moser founded in 2010 following a quarter of a century of executive roles at GF Machining Solutions (formerly GF AgieCharmilles), arguably deserves some of the credit. It has carefully documented the trend, created tools for manufacturers to evaluate the pluses of localisation, and argued the case for American manufacturing in countless forums.

“One reason that reshoring and such has happened is if you believe it’s possible, it’s because we’ve proven that it’s real. It’s easier to believe something is possible if you see it. If you see a ghost, you’re more likely to believe in ghosts,” he chuckles.

“We’re not the only reason, but we’re a good piece of it.”

Moser has a busy outreach program, giving around 100 speeches in some years and advocating regularly for policies the organisation believes will strengthen the industry. If there’s a news source covering the topic – be it The Economist, USA Today, Forbes, The New York Times or anybody else – there’s a high probability he and the RI’s research will be quoted.

So why are Stateside manufacturers bringing it home, and what can we learn from this?

Secondly, companies are increasingly aware of the real costs of offshoring. One resource the Initiative provides is a Total Cost of Ownership calculator. It weighs up more than 30 different factors involved in sourcing costs, such as shipping time, carrying costs, quality and re-work, IP risk, and the benefit to innovation from having manufacture and engineering together. The estimator has been recognised by the US Commerce Department, and adapted for UK use by Cranfield University.

It’s estimated that six-tenths of those who offshore do so due to wage rates. While these can be important, there are many other costs and risks that can also make a difference. RI has calculated that around 25 per cent of US manufacturing work would be reshored if the total cost was considered.

“The challenge is to get them to do the math,” Moser tells @AuManufacturing.

“[Purchasers] are giving themselves bonuses for buying the stuff cheap in China. You’ve got to get enthusiasm, you’ve got to get the head – the VP or the President – to be interested. You have to get senior politicians to encourage the companies to be more responsible, and for their own interest. We never ask a company to do it for the country, we ask them only to do it in their own self-interest.”

In about half of cases, automation is mentioned as a reason for reshoring. Sometimes work comes back to an older factory, but most of the time it’s a new location, and with new production kit. 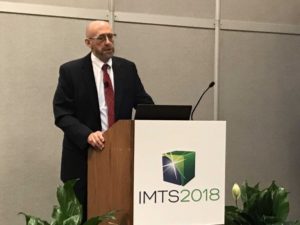 “They say, ‘If we want to bring it back, what do we have to do justify bringing it back?’”

Another product Moser’s organisation has made is an Import Substitution Program, using data compiled from ocean bills of lading. It helps suppliers to link with companies and then pitch what they make against imports.

In a lot of ways, comparing US and Australian manufacturing is an apples versus oranges exercise. The US market dwarfs Australia’s by a long way. Wage, energy, taxes and other costs are different, as are incentives for those wanting to open factories.

We asked an economist with expertise in Australian manufacturing why reshoring has apparently been off the radar here. They suggested there was a lack of hard evidence available, but perhaps Australian businesses were focussed on participation in global supply chains rather than maximising activity locally. Also, due to the small size of the market, the range and variety of inputs that could be made here is smaller.

Caveats aside, what is Moser’s advice? First, you need to start a conversation before any narrative can change. And you need to get companies to do the math.

“To start off with, you’ve got a couple of things going against you, you might say,” he offers.

“On the other hand, people here 10 years ago thought reshoring would never happen… It’s a question of getting companies to brag about it, getting magazines to write about it.”

It’s the job of machinery suppliers, manufacturers, economic development boards and others, he says, to make more noise when jobs do come back home.

Is there anybody with an Australian reshoring story? How did you do it and why? Get in touch via [email protected]