Why Australia’s manufacturing future lies not with China 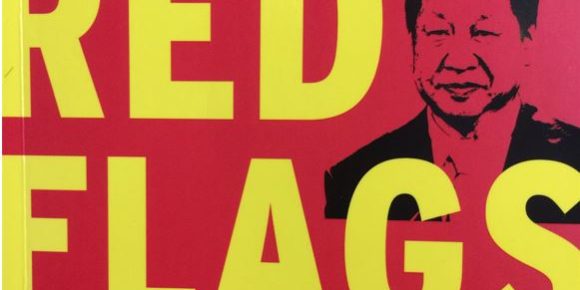 It is fairly common nowadays to hear in a dinner table discussion a phrase that goes something like this: “Of course, China will soon be the world’s biggest economy…”

Thus ensues a discussion of how the future will be a China, rather than American-led one, with the US seen as past its best and in decline.

Yet this view is based on an International Monetary Fund projection that assumes China’s economy will continue to grow at eight per cent a year while America’s will grow at three, with a crossover point occurring sometime around 2030.

But the chances of this actually taking place are pretty slim, according to a new book by Oxford University China expert George Magnus, Red Flags – Why Xi’s China is in jeopardy.

It is equally likely in 10 years time China’s GDP relationship with America will be not so different than it is today because of a number of economic timebombs hanging over the Chinese economy.

Growth is already running at just over six per cent according to the Chinese government, with the the first challenge the deleveraging of the economy from profligate and misallocated debt incurred by state owned enterprises (SOEs) and local authorities as they sought to reach centrally dictated national growth targets.

Such top down targets are the bane of authoritarian regimes and have always seen money spent on building too many roads, railways, steel and cement works just to meet the figure expected – but never at the scale seen recently in China.

The simple mathematics of economics says that to deleverage, China must accept lower than hoped for growth rates, and to continue indebtedness will only make the eventual reckoning more painful.

Magnus argues the effect of likely slower growth will trigger the second challenge, a hefty fall in the Yuan’s value against the US dollar in the future.

No substantial nation has been able, as China has so far, to maintain a currency pegged to others, and China will not be able to do so forever.

The more China continues its expansionary credit and financial policies, the threat to the pegged currency increases, with depreciation beckoning.

Then there is China’s rapidly ageing population.

The fertility rate is probably below the officially-admitted 1.6 which suggests China will begin shrinking in size after 2029.

Also under Xi the communist party, and Xi himself, have taken greater and greater control of every element of the economy, reversing the relative openness initiated by Deng in 1978 that has allowed China to grow so fast.

Today even supposedly private companies in China have communist party cells that can over-ride management decisions, and the primacy of SOEs is being steadily strengthened.

China’s increasing top-down control has to result in a loss of economic dynamism.

Magnus argues this impediment to progress will make it difficult for China to escape the middle income trap – total factor productivity growth will simply not be there.

I found the most telling fact here that the completion rate for high school is less than the 32 per cent average of other middle income countries.

While we are all impressed with the stellar workforces of the coastal cities, only a quarter of children are growing up in prosperous cities. A third or more of rural children do not complete even junior high school.

It is here that industry and its future comes in.

The Covid-19 pandemic has already seen a switch in sourcing of sensitive products out of China.

The worsening political situation has also seen Chinese companies such as Huawei banned from buying sensitive software from companies including Intel, Google, Qualcomm and Broadcomm. Huawei has also been banned from Australia’s NBN.

China has reacted by redoubling its efforts to develop its own technologies in areas such as Artificial Intelligence – suggesting a sort of bifurcation is emerging between China’s technology and that of the west.

Whatever we think of the Australian government’s recent megaphone diplomacy, which has resulted in our products suffering punitive Chinese import tariffs, there is no way that Australian industry is going to follow a Chinese technological path rather than an American and European one.

Under Xi in China today the basic contradictions of a one-party authoritarian state – now run by what is essentially a president for life – are increasingly obvious and increasingly holding the country back.

While China will undoubtedly continue to be a major economic force and, hopefully, a major trading partner of Australia, our future will continue to be one dominated by the west, and the democracy. freedoms and business dynamism that go with it.