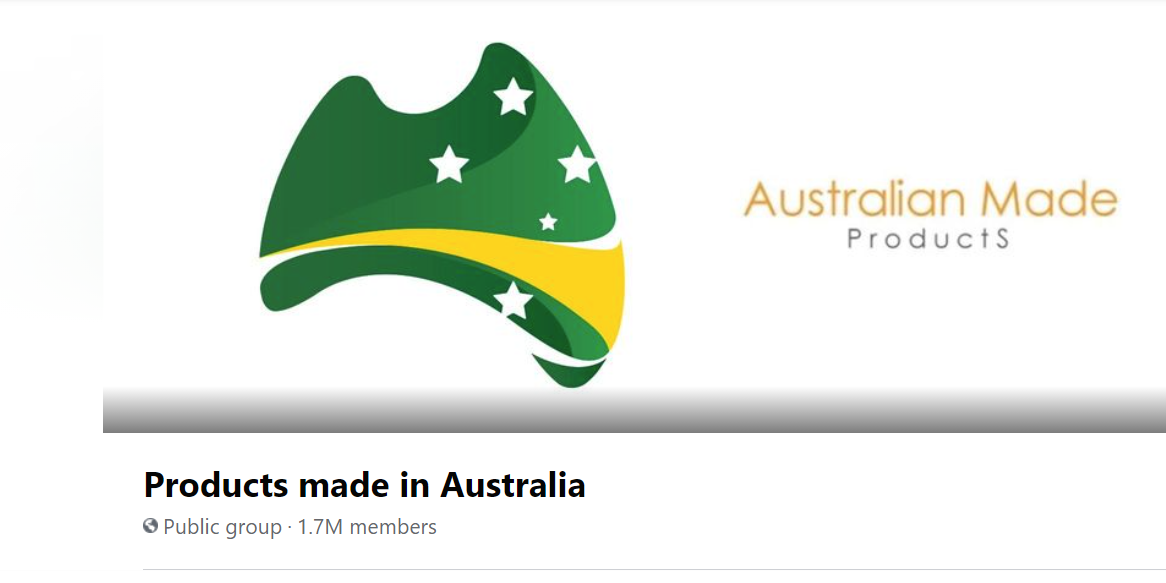 I only just heard about the extraordinary James Bennett’s Australian Made Products Facebook page.

In six years James’s various Facebook groups – all passionate about Australian manufacturing – have amassed more than 3.5 million followers on Facebook.

That is one in every eight Australians follows James.

He has a number of groups such as one for tradies and so on.

But his flagship Australian Made Products – Products Made in Australia page (pictured) has been booming this year and now boasts an amazing 1.7 million Facebook followers.

James is a former manufacturer who started his social media career because he gave a damn about seeing jobs go overseas, and so started a page on Facebook.

It was a hobby but it now consumes him entirely.

Hailing from Tasmania, and then from Ballina in northern New South Wales, James is posting today from the Gold Coast his usual eclectic mix of Aussie products for no reason other than he cares.

“We have helped a lot of business get started, get traction,” he told @AuManufacturing news.

Today there are posts about Slim Secrets Brownies, the origins of the shampoo you see in the supermarket, an Australian made self filling dog bowl by DK Stainless, Sticky Snaps baby nappy accessories, Olympian Foods’ biscuit range, Kook-a-krumb breadcrumbs, Moss wheelbarrows and so much more.

Companies are especially welcome to post about their Australian made products and they can be sure of a big audience of Australians who care too.

Some of his posts are incredibly influential – one recent case mentioned a local manufacturer going broke who immediately received 80,000 new orders which allowed it to reemploy staff it had laid off.

Bennett said: “After six years the passion is still there.

“My preference is for Australian Made and Australian owned, but if you are a foreign company manufacturing in Australia you are doing good things, giving people jobs.”

It is a fantastic page by a great Australian who should be celebrated – check it out!