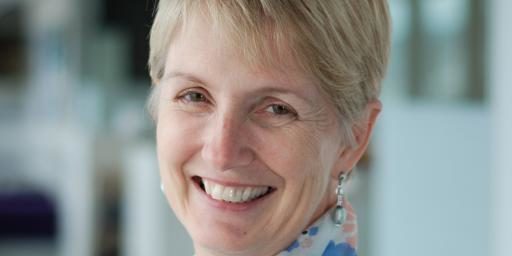 Dr Katherine Woodthorpe AO today gave the 2021 Ralph Slatyer Address on Science and Society, marking the 30th Anniversary of the Cooperative Research Centres Program which has been central to industry/science collaboration in Australia. After outlining the benefits of collaboration, she went on to decry the rise of anti-science, and the harm it is doing to the nation. Here is an edited excerpt.

I’d like to think about the trajectory of public views towards science over the last half century or so.

In my long career as a scientist and then science-to-business translator I’ve seen swings and roundabouts with respect to the view of science by the wider public.

When I was a kid, the idea of a wonderous scientific-led future engaged us. I grew up on cartoons like the Jetsons where by now we should have all been whizzing around in little aircars with robot maids doing our dirty work.

I don’t ever recall as I did a degree and then PhD in Chemistry, that scientists were ever derided or treated with suspicion.

Fast forward a couple of decades and some of the anti-science rumblings were starting. Whether it was the greens, despairing of the trashing of our environment or the coal miners in Britain desperately hanging on to an industry that was becoming redundant, there was a sense that this science-led world wasn’t delivering the hoped for leisured lifestyle we all desired.

Again, fast forward a couple of decades and somewhere along the line a few people became suspicious of scientists and blamed them for all of the ills of the world.

Then when the internet became accessible to all it opened a flood gate of armchair self-defined “researchers” who thought that random anonymous postings on Facebook and Reddit had more credibility than a scientist with years of training and peer-reviewed research…and a loud set of voices started to question the validity of science outcomes.

Coupled with that, the rise of the lobbyist, often under cover of being an independent research organisation, deliberately set out to undermine the credibility of science and scientists, producing spurious “facts” and figures.

Examples include climate change deniers who spin hand picked data points to prove that (and I am quoting directly from one full page advertisement ) “the real danger from any climate change will be the next ice age because we’re not burning ENOUGH fossil fuel.”

So how have things changed – if at all during the covid pandemic? I observe that there has been two contrary effects.

On the one hand…governments worldwide have listened to, and taken note of, their health scientists to frame their response to the pandemic.

We hear daily the phrase…“according to the health advice”. Epidemiologists have become the go-to people for their views on all media, though I’m sure none of them in their wildest dreams thought that members of the general public would know so many of their names and faces.

And vaccination rates in Australia are testament to the willingness of the public to listen to those with clear qualifications to offer advice.

But alongside this we have the angry wild mobs of conspiracy theorists who (in some cases genuinely) believe that the vaccines are deliberately dangerous, or a way of controlling us or, that Bill Gates has somehow infiltrated all levels of world government to get microchips put in the vaccines.

Most of us would laugh at such nonsense but we cannot afford to be smug and discount them. They have a huge pull and even seemingly sensible people have been sucked down their conspiracy black holes.

And the effort it takes to refute any one of their articles, tweets or other postings takes an order of magnitude more that it took the conspiracy theorists and their trolls and bots to invent it and disseminate it. And, like that suffered by journalists, the pile-ons are toxic and will end up frightening scientists into silence.

But, although the response can be toxic and although most scientists eschew the spotlight and really just want to get on with their research, the world has changed and all of those who know that a better understanding of science can only help and not hinder us, just have to step up and communicate the value of what we are doing.

We need to focus on the impact and benefit of not only applied research but also so-called blue sky research – the bedrock upon which we build to deliver impact further down the line. And we need to persuade the general public that the scientific process delivers outcomes for their benefit. We mustn’t let the keyboard warriors bully us from explaining the facts.

Taking the long-view, we need more emphasis on science in primary schools and upwards so as to provide a more scientifically-literate public in the future. But when my son was at primary school he was taught within his science subject that an astrologer has a scientific job and what the signs of the zodiac meant. I nearly cried.

We also need to be firmer in standing up to the bullying and denunciation that comes from vested interests. I know many climate scientists for example, who privately wish that we’d been stronger years ago in communicating our messages.

The very rigorous approach of science where we talk about probabilities and error bars etc play into the hands of those who twist that rigour to claim that climate science is inexact and we don’t know what we are talking about.

And that is at best. At worst that we are a whole conspiracy out to do who knows what to destroy the world economy for some nefarious though unspecified reasons.

Dr Katherine Woodthorpe is a Fellow of the Australian Institute of Company Directors and the Academy of Technology and Engineering. She holds a PhD in Chemistry (Manchester) and an Honorary Doctorate from the University of Technology Sydney. In 2017, she received an Order of Australia for her ongoing service to research and technology innovation in Australia.