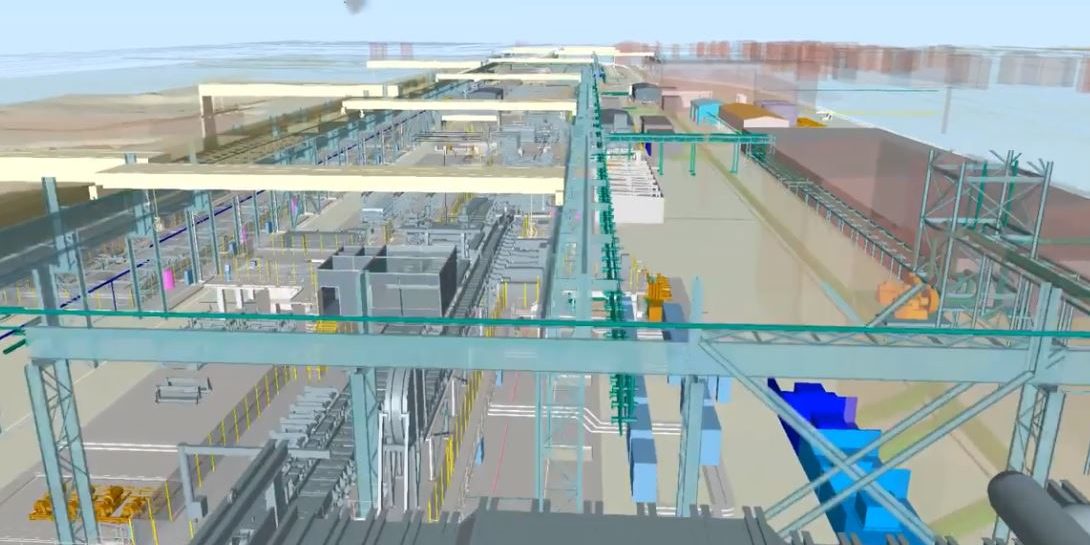 The refinancing of Sanjeev Gupta’s GFG Alliance two weeks ago has kick started work on plans for a massive, world-scale GREENSTEEL investment by the company which would transform its Australian operations centred on the Whyalla steelworks on upper Spencer Gulf in South Australia.

Representatives of Fortescue Metals Group were the latest to fly into Whyalla last night, though the nature of FMG’s involvement is unclear.

An announcement of the world’s first new greenfield, green hydrogen powered steel plant by a global company would give the Prime Minister the ammunition he needs to take to Glasgow to silence – even stun – critics of Australia’s climate policies.

This morning GFG Alliance told @AuManufacturing: “We remain committed to decarbonisation of heavy industry and our GREENSTEEL vision.

“We are continuing work to progress the development of GREENSTEEL hubs at our key steelmaking sites, including our Whyalla Steelworks.

“Our transformation plans include the use of DRI technology and green hydrogen to make low carbon steel, a green economy and long-term environmental benefits.”

However further questions from @AuManufacturing remain unanswered by GFG at the time of publication.

Such a plant would likely attract federal support and potentially free up a $50 million South Australian government grant which has been promised by the former Labor government. Liberal Premier Steven Marshall is in a minority in Parliament and facing an election in the new year.

The plant is likely to be sited on a parcel of land near the Port Bonython petrochemical works – expressions of interest have been called for the site which is the focus of the renewed talks.

Asked about the Port Bonython land, Whyalla Mayor Clare McLaughlin told @AuManufacturing: “It’s fantastic to see the strong focus on developing the Port Bonython region as a hydrogen hub by both the state and federal governments.

“The State Government has sought expressions of interest for the area and have now shortlisted a group of national and international organisations to work with, so our city’s hydrogen aspirations continue to take positive steps forward.

“The use of hydrogen is also a significant focus for us as a council, as it will play a key role in transitioning our heavy industry to a low-carbon future, which will be essential for the long-term prosperity of our city and local environment.”

When asked about the renewed negotiations a spokesman for SA energy minister Dan van Holst Pellekaan asked for questions in writing, hung up and later referred them to the department. No answers had been received at the time of publication.

The GREENSTEEL project, announced by GFC on 10 June, would be initially be powered by natural gas supplied by Santos through an existing pipeline from the Cooper Basin, transitioning to green hydrogen.

Announcing the project Gupta said: “We have to-date invested over $60 million in the engineering and design work for this project and are now ready to take the next steps of finalising funding and commencing construction.

“We plan to start construction later this year for the mill, and next year in 2021 for the EAF and DRI facilities.

“With this, the Whyalla Transformation Project will finally become a reality.”

Gupta said on 10 June: “This exciting plan will not only transform the Whyalla business into an internationally-competitive steel manufacturer, it will be our first primary steel plant to be transformed to GREENSTEEL, helping fulfil our ambition to become the world’s largest carbon-neutral steel producer by 2030.”

Editor’s note: This story has been edited to add in further comments from the Mayor of Whyalla.