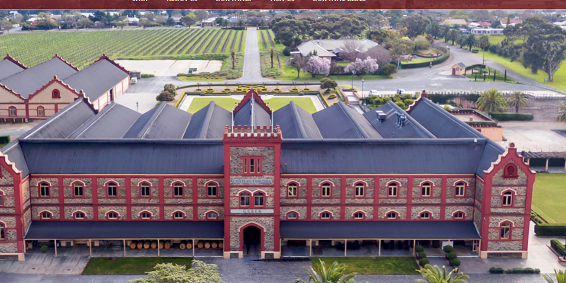 Standing in front of Chateau Tanunda in the Barossa Valley yesterday hit home a lesson of the past – where there is trouble, there is also opportunity.

The Château’s origins go back to the decimation of Europe’s, and Australia’s eastern states’ vineyards by the fungal root disease phylloxera in the 19th century.

A group of leading local winemakers came together to form the Adelaide Wine Company and build the massive bluestone and iron framed buildings and facilities to tackle export markets clamouring for fine wines.

Wine from Victoria and NSW had already impressed in Europe, and the Barossa flooded into the gap establishing our reputation and setting the region on a course to become a 20th century world leader.

Château Tanunda produced 250,000 gallons in its first year and would become for a while the largest winery in the Southern Hemisphere.

Our later 20th century leadership also came from hardship – like all new world winemaking countries the Barossa’s seasons and hence vintages were variable.

The invention of controlled temperature fermentation plus blending across vintages by the Barossa’s Orlando, now known as Jacob’s Creek, allowed more uniform wines to be produced.

This in turn created the modern phenomenon of new world wines from Australia, South America and South Africa and changed the nature of the global wine industry forever.

Now more than a century on we are again faced with the hardship of a human pandemic.

Every country is trying to boost the resilience of its supply chains to be less dependent on manufacturing in low-cost locations, and especially China which is the source of so much we need.

Opportunities beckon – for onshoring, for producing again at very large scale, for skills intensive manufacturing and for export.

Today in the Barossa there survive some of the world’s oldest continuously producing vines which survived phylloxera, such as those pictured below at Turkey Flay vineyard.

What will Australia have to show for the pandemic in another 130 years?