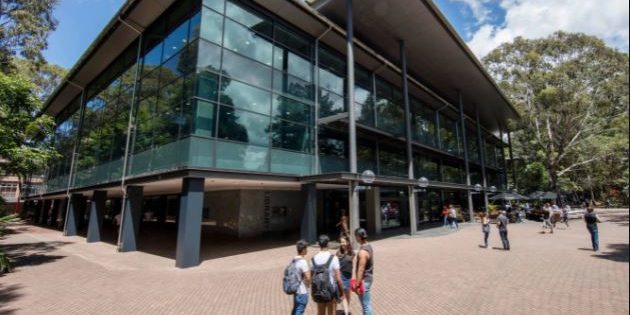 Women researchers at the University of Wollongong’s Faculty of Engineering and Information Sciences (EIS) have taken a look at the male engineer top-heavy structure of their department – and decided to do something about it.

Even though there has been a lot of effort to reduce gender gaps in academia – UOW is a recipient of an Athena SWAN Bronze Institution Award from Science in Australia Gender Equity (SAGE) – just 22 per cent of the academics in the EIS faculty are women and most are heavily concentrated at the junior levels.

The proportion dips from 34 per cent at the entry level, to just 12 per cent of women at the most senior grade.

This, says the university’s Dr Mainã Portella Garcia, has to change.

She said: “This isn’t about us.

“There is research that shows men get more grants and publish more because they have more international collaboration.

“Since publishing and accessing grants are closely linked to promotion, this gender gap on international collaboration could have long-term impacts on women.”

Dr Garcia and Dr Marcella Bernardo Papini, who were both born in Brazil, are keenly aware that they are in a small minority in any engineering faculty.

They have now established the Women’s Research Engineers Network (WREN), with the support of EIS Executive Dean Professor Valerie Linton, to address the gender gap and facilitate collaboration between female engineers.

Dr Papini is an Associate Research Fellow at the SMART Infrastructure Facility and Dr Garcia is a Research Fellow with the School of Mechanical, Materials, Mechatronic and Biomedical Engineering (MMMB).

The researchers are teaming up with the University of São Paulo (USP) to promote collaboration between the two institutions hoping to expand the scope across Latin America.

Dr Papini said: “The ultimate aim is to address gender gaps, such as the gender funding gap, by facilitating international collaboration between members of WREN.”

The six-month project will organise five web seminars between the two universities with a potential audience of more than 500 women academics in engineering disciplines.

In addition, the project will develop a website which will compile a searchable database of female researchers, using their resumes to pair suitable researchers to the right project.

“The network will initially have about 100 members, and WREN has the potential to grow to 1000 women through its expansion to other universities in Australia and Brazil.”