It is hard to imagine a more traditional business than Geebung, Queensland’s Everhard Industries.

From its roots in the 1920s manufacturing concrete laundry tubs, the company has prospered under four generations of family management making pre-cast and polymer septic tanks, drainage channels and pits.

But the company has shown that even plumbing and drainage manufacturing can benefit from digitisation.

According to Steve Dobe, a visionary IT leader at the cutting edge of digitalisation, success hinges on the attitude of company executives and the board.

Dobe told @AuManufacturing: “When I joined Everhard we had one mission – it was really about transforming the business into a business of today.

“I knew exactly what I was in for, it was what drew me to the role. Still, there are some things which do shock you when you get into an organisation.”

Dobe, who later stepped into an acting CEO role, knew it really was going to be a big exercise to get the company to move.

He spent the first three months assessing what Everhard had in place, and building rapport with other executives and the board.

“There was a lot of work to gain the confidence of the board and get them to the point where they understood the issues they faced were large, and the systems that were in place were a barrier to growth.

“You need to use terms they are familiar with, such as continuity, manufacturing efficiency. They didn’t understand things like IoT and the cloud, which are the things you aspire to. You have to talk their language.”

Dobe then produced a three year strategic plan that painted a picture of what the future could hold, including large transformational projects and a complete replacement of systems such as enterprise resource planning (ERP).

But it was important to show some early wins in simpler changes that could improve the company’s normal metrics such as inventory accuracy, and delivery in full, on time (DIFOT).

Dobe said: “You have to have some early wins by identifying critical vulnerabilities and fixing them.

“They were starting to see change, so by the time you present the big picture, they understand the benefits of what you are talking about.”

One early improvement was in the security of company financial data which had been stored on a PC and backed up overnight.

Another was in networking computers in the company giving visibility to data, while another was automating tasks such as the creation of reports which were previously done manually.

“The changes don’t have to be revolutionary to make a difference.

“It just needs to demonstrate that it is possible to save people time and effort, and give a better result.”

In moving to a new ERP system Dobe kept the scope of the project to what the company actually needed.

Moving to the cloud was essential. This way software is automatically updated regularly and available everywhere.

This frees IT staff from managing an IT installation, to managing a continuous improvement process using data.

It is important to know what you want to accomplish and how each process could be improved, because it is an opportunity to introduce new ways of doing things, as well as automating old processes, which Dobe recognised.

Dobe said: “We identified key players from the business for each of the different major processes, got them involved, got them trained up and got them practicing early.”

With a modern ERP system it is designed for the latest data-driven technologies, rather than an add-on to a system that was written perhaps a decade or more ago.

This makes use in the factory setting more intuitive, with a big early win for Everhard being increased usage by staff.

“It sets off a continuous improvement process straight off the bat.” 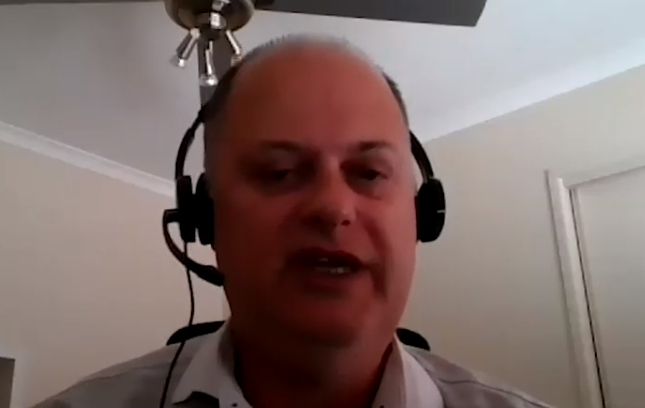