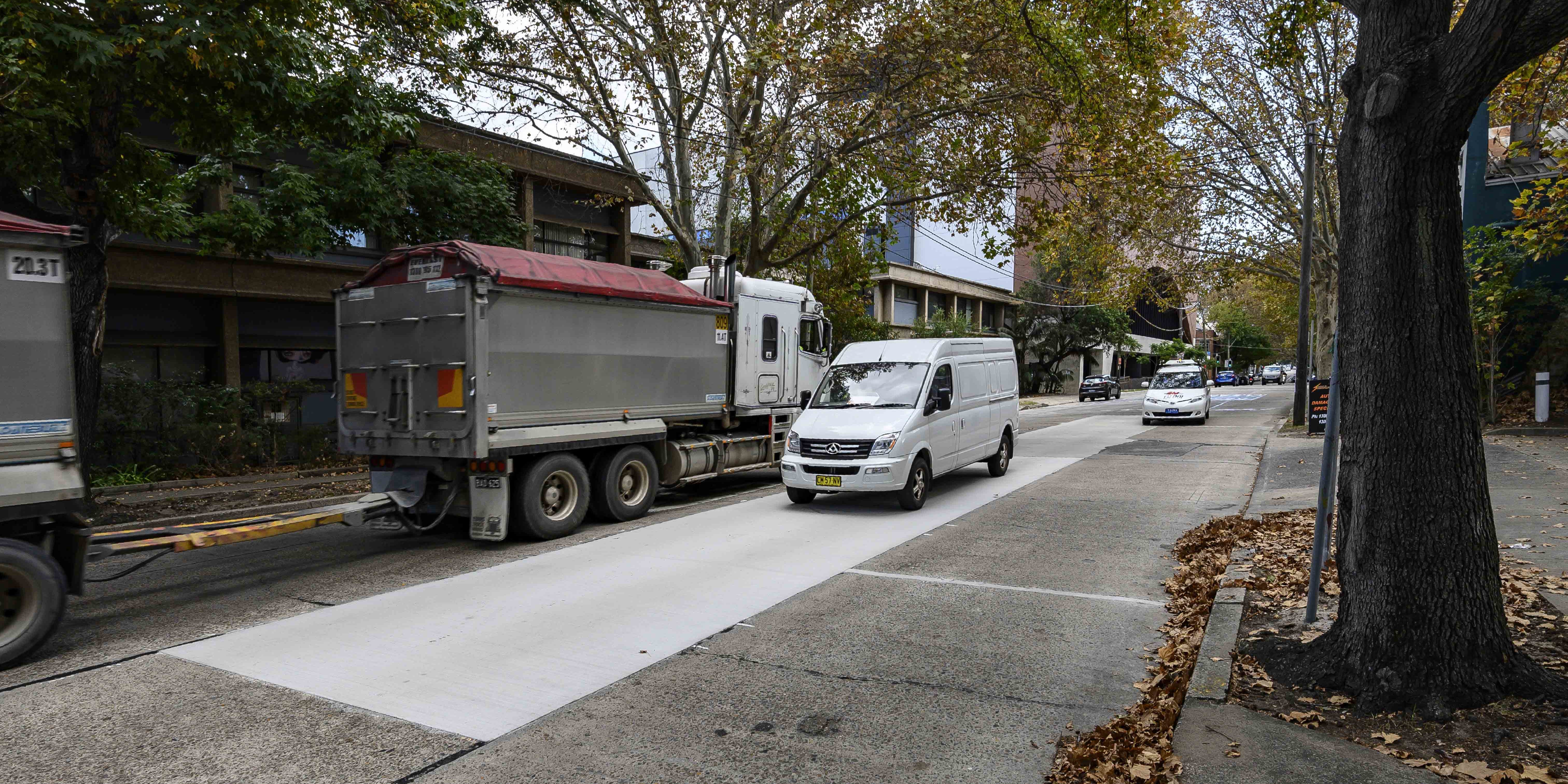 A project in Sydney’s Alexandria will test the performance of geopolymer concrete on a stretch of road containing recycled material from coal-fired electricity and steel production.

15 metres of regular road and 15 metres of the geopolymer road in Wyndham Street will be tested over five years, with the data used to help create the first set of industry guidelines for geopolymer. Geopolymer requires less energy to process, and can use fly ash from power stations and blast furnace slag – both waste products – in its creation. The heavy traffic volumes on the road leading to Sydney Airport will help validate the performance of the newer material, which will be monitored via a set of nine sensors.

“Research into geopolymer has been undertaken since the 90s, but it’s only now that it’s starting to be commercialised,” said Professor Stephen Foster, Head of University of NSW’s School of Civil and Environmental Engineering, in a release from the City of Sydney.

“While we’ll monitor the road performance for up to five years, a lot of the data collected in the first three to 12 months of this world-first trial will be used to confirm our models and strengthen our predictions.

A tonne of geopolymer cement creates around 300 kilograms of CO2 emissions, compared to around 900 kilograms for a tonne of ordinary portland cement.

The project’s participants include the City of Sydney, UNSW, the CRC for Low Carbon Living, and Australian (Iron and Steel) Association and Ash Development Association.

Lord Mayor of Sydney, Clover Moore, said projects such as this trial could make a difference in reducing carbon emissions.

“Local governments are responsible for maintaining local roads, so if we can purchase more environmentally sustainable materials, we can fight climate change and provide quality infrastructure for our community,” she said.

“With 70 percent of the concrete produced today going into pavements and footpaths, there’s great potential to further lower emissions from our operations.”