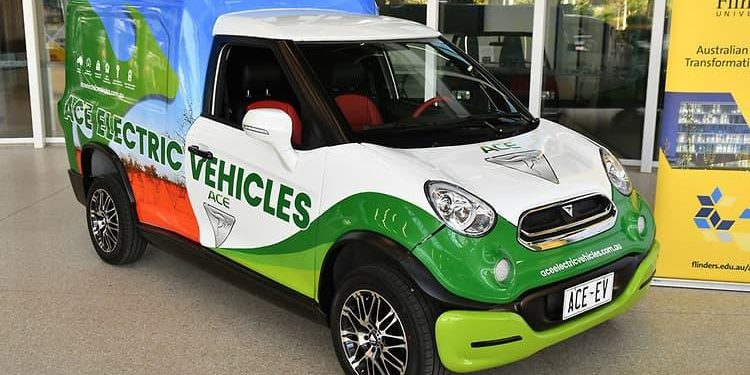 Electric delivery vehicle developer ACE-EV has been given a $5 million boost in the federal budget and will move to initial production of its three models of small vehicles in Adelaide.

The company, which launched its first locally-assembled vehicle with fanfare in August, received the grant from the Future Fuels Fund administered by the Australian Renewable Energy Agency (ARENA).

Managing director of Ace Electric Vehicles Gregory McGarvie told @AuManufacturing the company would assemble fourty of the composite-chassis, zero emission vehicles which would be placed with businesses to test their performance and ability to act as grid-storage devices when not in use.

The government funding will assist development of electric vehicles as a bi-directional vehicle-to-grid (V2G) recharging station.

McGarvie said: “We have decided to demonstrate the vehicle as an energy management solution.

“We are turning electric vehicles into a massive energy reserve for Australia.”

The vehicles will be assembled by Aldom Body Builders in Wingfield.

Available in Yewt (Utility), Cargo and Urban variants, the ACE has a capacity of 500 kgs, giving the vehicle a range of 200 kilometres.

He paid tribute to independent South Australian Senator Rex Patrick who campaigned on behalf of ACE.

“It is a great effort by the government – it does show there is a future for brand new manufacturing in Australia.”

The budget confirmed $74.5 million in spending on the Future Fuels Fund.