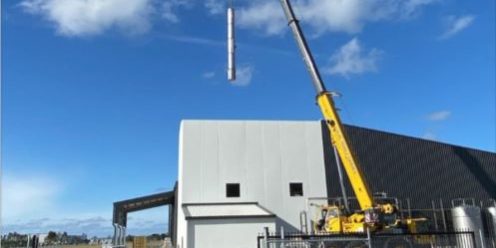 Australian Dairy Nutritionals Group has announced that installation of infant formula production equipment will be completed by the end of the month at its new $6 million plant nearing completion at the Camperdown dairy park in south-west Victoria.

Commissioning works will then begin along with the installation of the final section of roofing.

Operations are likely to begin in the third quarter of the year with production of milk powders, followed by infant formula by the end of 2021.

And Camperdown Whole Milk and Jersey Milks are now available in Cole supermarkets in Victoria.

Backing up these developments is the conversion of the company’s four dairy farms to organic milk production.

Its Yaringa farm is already producing organic A2 protein milk, with three farms to complete the three-year transition in November.

ADN told investors: “The board is excited by the opportunities these developments present…to become a fully vertically integrated producer of premium, differentiated infant formula and nutritional products.”