An Australian Jolly Swagman heads to the United States 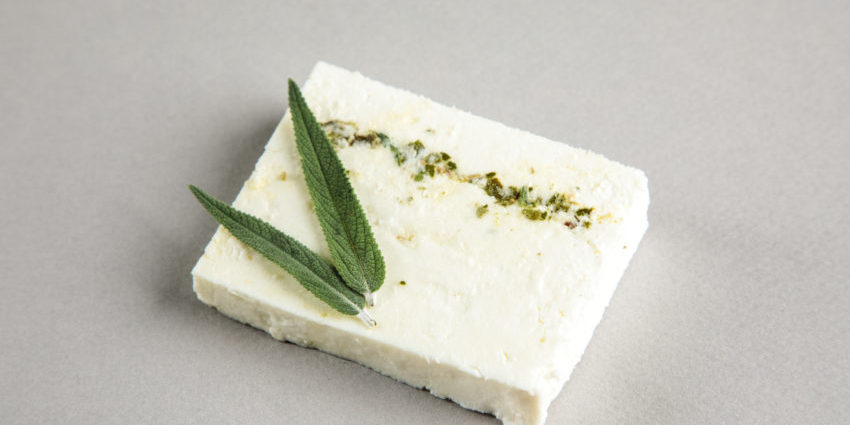 A new luxury cheese, encrusted with South Australian river mint, is set to make its official debut at the Summer Fancy Food Show this month in New York.

Made in the Adelaide Hills region of South Australia, the Jolly Swagman is a fresh, moderately firm buffalo cheese.

It is the latest in a string of cheeses from Woodside Cheese Wrights to go global.

Head cheese-maker and Woodside Cheese Wrights CEO Kris Lloyd began using native Australian ingredients in their products about 16 years ago and have since infused cheeses with a range of bush foods including lemon myrtle, saltbush, pepper berries and edible flowers.

The company was awarded “Super Gold” at the World Cheese Awards in 2016 for their Anthill cheese, a soft goat cheese (chevre) topped with green ants sourced from the Top End of Australia.

Since then, the company’s presence has grown and they now stock cheeses to around 40 grocers, including Whole Food Markets.

She said one of the joys of working with native ingredients was their abundance.

“I really like the idea… that we are absolutely truly representative of Australian cheese and what Australia has to offer as far as culinary additives and flavours.

“The river mint that I’m using at the moment comes from one of our local suppliers. So they hand harvest it and they dry it. It can’t be used fresh because it actually blackens.”

An acidic cheese, the Jolly Swagman is made in two parts: A bottom layer of halloumi-like cheese is created and left to settle before being covered in river mint and layered with more cheese.

“It’s like a sandwich and when we cut it into its portions you’ll see the vein of river mint running right through the cheese,” Lloyd said.

“The buffalo milk is really rich. It’s high in milk solids and fat and so it has a really beautiful and rich texture to it and a really lovely flavour.

“The cheese is actually brined for a period of around 14 days. So it’s quite a salty cheese, as that kind of cheese generally is, but it can just be rinsed off… with spring water and that will take that salt level back a little bit.”

As well as the Jolly Swagman, this year, Lloyd has been working on a soft buffalo cheese encrusted with South Australian saltbush and callistemon (also referred to as bottle brush) petals.

Known as Flinders, the cheese gets its name from navigator and scientist Matthew Flinders.

Lloyd said she had been struggling to incorporate eucalyptus into cheese for years until she began working with the plants’ flowers.

“The tannins and the flavour of eucalyptus leaves are really quite profound; I think we need to leave those to the koalas that’s for sure,” she said.

“But then if you look at the petals or the flowers of some of the eucalypts it’s a totally different beast, you’re just getting this gorgeous little hint of the eucalyptus. It’s much more palatable and definitely not as strong.”

Lloyd hopes to have both cheeses available in Woodside Cheese Wrights stockists across Australia later this year.

The AFR has thrown petrol on smouldering concerns about the rising cost of Australia’s future Attack class submarines with claims the government is considering abandoning the project altogether.