Ashley Brinson on the move with GreenTech startup 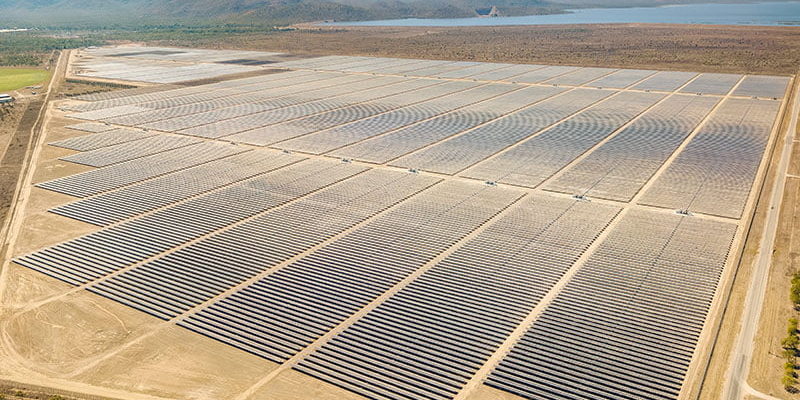 Former Warren Centre for Advanced Engineering executive director Ashley Brinson has resurfaced as the founder and chief executive of a new GreenTech startup that is building automation systems for fast delivery of mass deployments of solar technologies.

Mr Brinson has been a fixture in the Sydney startup ecosystem since his arrival at the helm of the Warren Centre in 2014. He left the organisation last October to found Greener Technologies Ltd, which has just announced both its first product – an automation system called Solarobotix – as well the company’s first engineering hires.

There is huge opportunity right now in Australia for GreenTech and renewable tech companies. This is partly because governments are belatedly realising a leap forward is needed to meet the emissions targets that are on the table, and partly because of the mass scale of renewable deployments being made in this country, particularly in solar.

“What we are seeing in Australia right now is an awakening, and a realisation that the future is real and that we are going to have to jumpstart where we are now, to get to where we need to be in 2050,” Mr Brinson told InnovationAus.

“And so I want to help Australia make that big leap forward and to help make those renewable energy deployments around Australia for the zero emission carbon future that we know is a reality.”

Mr Brinson points to the NSW government’s $32 billion energy investment plan that will put new connectors on the grid and create renewable energy zones in the state as a step change, and the multiple gigawatt-plus solar projects that are underway – including the 10Gw SunCable project – as evidence of the interest, energy and investment dollars being poured into the sector.

Without getting carried away, these are reasons to be optimistic. And for his new company Green Technologies Ltd, a terrific opportunity.

“So, we are seeing this sporadic and episodic leap forward in ambition in Australia, and there is a lot of enabling automation technology to deliver that solar energy revolution that’s coming.”

Green Technologies Ltd is bootstrapped out of Mr Brinson’s consulting business. Since leaving the Warren Centre, he has been putting together a portfolio of IP around solar panel and solar farm manufacturing and construction automation.

Prior to arriving in Australia, he spent a career within global giant Dow Corning, including years based in Shanghai where he was the company’s Asia solar alliances manager creating strategic relationships and alliances in the photovoltaic solar industry.

During this time, the company was involved in making robots that built solar panels inside factories, and also robots used in making panels on-site are large solar deployments.

In the years since living in Australia he says he has realised the opportunity in this country for automation products for large-scale solar projects.

“The sheer amount of solar energy that hits the ground here is very high, and the really remote nature of the construction sites makes for the opportunity for bigger tools and bigger deployment possibilities.”

Mr Brinson said he parted company with the Warren Centre for Advanced Engineering after a restructure that changed the centre from a company wholly owned by Sydney University but with an independent industry board into an internal trust-based company with a more academic and less industry focus.

“What originally drew me to the Warren Centre was that industry-academia connectedness, and that seems to be changing, making it less interesting.”

Mr Brinson is also involved with a construction technology company PT Blink, being brought on as a director.

Marketing for manufacturers — Finding the story in a technical topic
August 2, 2021