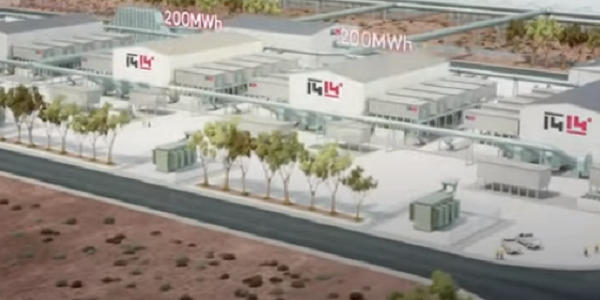 Thermal energy storage developer 1414 Degrees is planning to open the first stage of its breakthrough silicon energy storage technology at its Silicon Aurora project near Port Augusta in South Australia by mid-2021.

The company, which is commercialising the storage and recovery of energy in molten silicon, plans a 400 megawatt solar farm and a gigawatt of energy storage to be deployed in a number of stages to reduce risk.

1414 degrees is the melting point of silicon.

CEO of SiliconAurora Marie Pavlik took to social media to provide an update of the project, which it purchased from Solar Reserve Australia for in December for $2 million

Pavlik said: “The Aurora project is in a unique position to demonstrate…thermal energy storage at large-scale and prove it to our global market.”

Where Solar Reserve failed to progress the giant project, Pavlik revealed the first stage of the project would be 70 megawatt of solar PV opened in mid-2021, to be followed by a pilot TESS-GRID storage system utilising the company’s TESS molten silicon technology.

Electranet has been commissioned to start working on connection requirements for the site.

SiliconAurora is building on engineering studies and approvals achieved before it took over the project, and is conducting negotiations with the South Australian government.

The project is sited in the mid-north, close to major mines and the industrial centres of Whyalla, Port Bonython and Port Pirie, and to large scale renewable projects soon to be linked to the eastern states via a planned Robertstown interconnector.

“The ability to timeshift the power supply will mitigate the risk of marginal loss factors which are affecting other solar projects.”

The plant will also be able to rapidly start and stop, allowing it to figure in the lucrative demand response market.