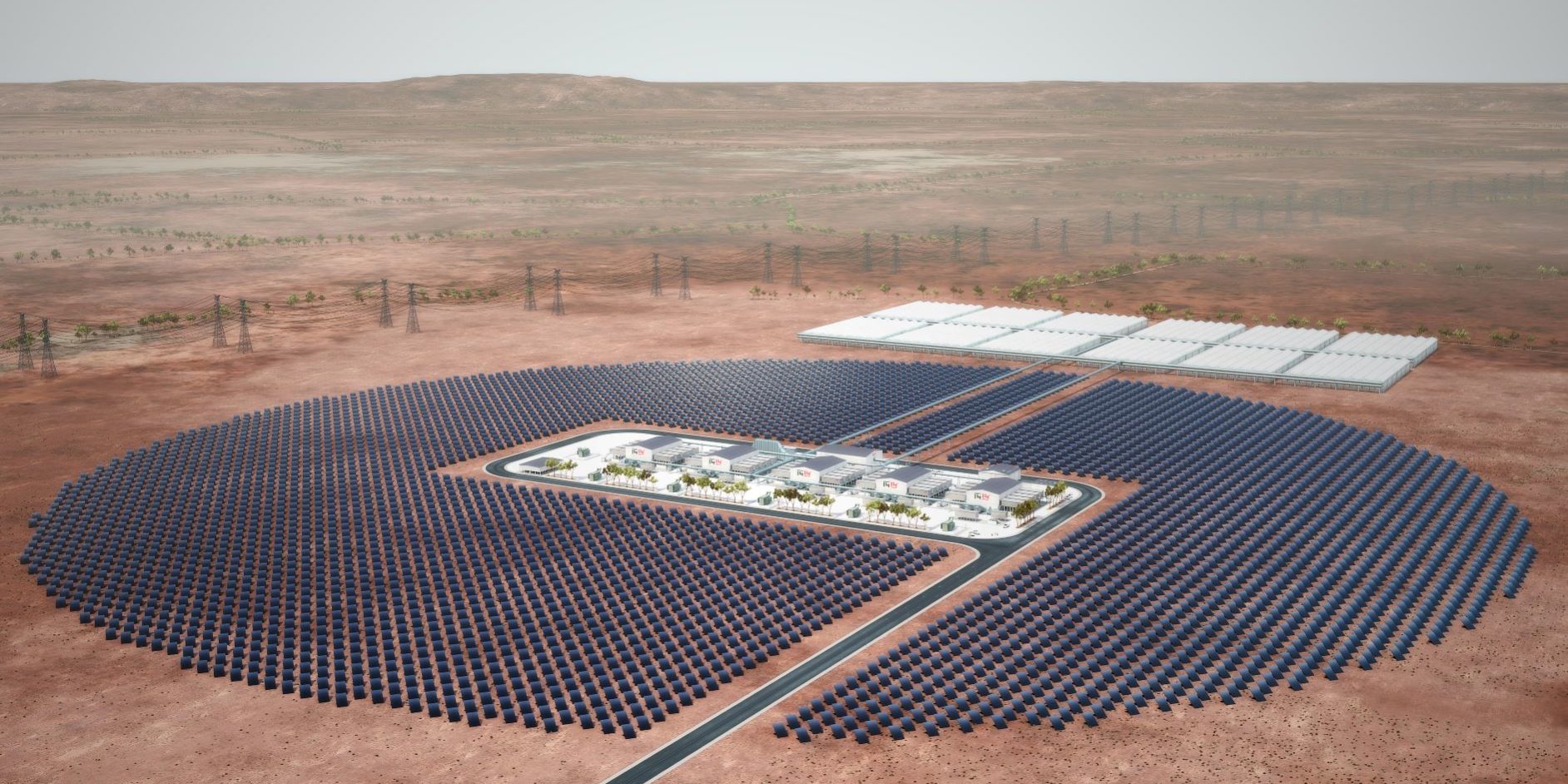 One of the most innovative renewables projects planned anywhere globally has got a second lease of life with energy storage company 1414 Degrees (ASX: 14D) purchasing Solar Reserve Australia for a nominal price.

Solar Reserve had been panning a 70 MW solar PV farm and 150 MW of generation from a concentrated solar thermal plant (CST) at Port Augusta which will now be progressed (pictured) using 1414’s proprietary storage technologies.

The company’s Thermal Energy Storage System (TESS) stores solar energy as latent heat in molten silicon, releasing it on demand to power adjacent industry or to feed into the SA grid, to nearby mines and processing pants, or to NSW via a planned nearby connector.

1414 will now apply for approval for a larger development of up to 400MW of solar PV together with the installation of the TESS-GRID technology.

The company aims to progressively scale up the storage capacity to several thousand MWh.

The company said in a statement: “A TESS-GRID at this scale would be able to supply many hours of dispatchable electricity with spinning reserve from its turbines and a range of frequency control ancillary services (FCAS) to support grid stability.

“Heat from the TESS-GRID can power smart farms, protected cropping greenhouses and industry, and 1414 Degrees is investigating production of hydrogen using the excess heat from its turbines.

“1414 Degrees…could also buy and store electricity generated by other renewable farms on the high voltage transmission network in the region, strengthening firming services and earnings from market arbitrage.”

Could this project be the third trailblazing solar installation in South Australia, but this time the one that finally buries any idea of a revival of fossil fuels?

We have already seen a model for large scale solar storage in the Tesla big battery in SA’s mid north.

And we have seen a second model for solar powered smart farms in the nearby $200 million Sundrop facility.

This is solar concentrator and vast array of greenhouses that desalinate sea water to grow 17,000 tonnes of tomatoes a year for sale through Coles supermarkets.

Its’ 127 metre tall solar concentrator tower can produce up to 39MW of thermal energy.

Both were gamechangers….and now a third?

With 1414 planning a facility 10 times that size, the region could emerge as the centre for solar powered agriculture, as well as renewables storage that makes solar PV nationally dispatchable on a massive scale.

The possibility of hydrogen production is even more exciting.

So much for South Australia whose policies were dismissed by Scott Morrison as akin to building a ‘big prawn’ or ‘big banana’.

While Solar Reserve was unable ultimately to finance its plans, 1414 appears to have a compelling development pathway involving the progressive deployment of modular plants.

If the company can live up to its claims of institutional support for the project, this could be the death knell of fossil fuels.