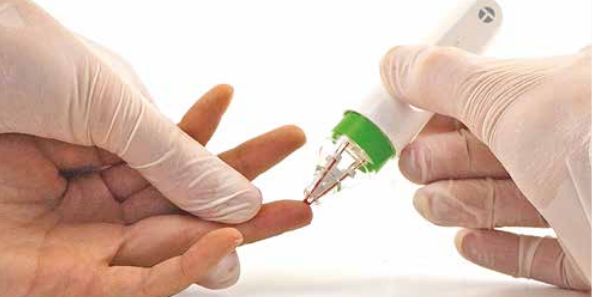 As the world searches for better remote health solutions, an Australian blood micro sampling device has been given the all clear to be released in European and British markets.

Trajan Scientific and Medical created its hemaPEN in Adelaide, South Australia with support from the University of Adelaide and the University of Tasmania, so blood samples can be more easily and accurately taken in the home.

“What this enables is that this kind of technology can now be used for therapeutic and diagnostic use as opposed to only research,” Dr Anne Collins, Trajan’s Adelaide-based business unit general manager, micro sampling, said.

“(The) hemaPEN’s adoption in ongoing medical treatment and monitoring would remove the need for travel, reduce pressure on healthcare workers, and eliminate expensive cold chain logistics.”

A Trajan team based in Europe will now work toward marketing the product after receiving the vital approvals to enter new markets in the European Union and United Kingdom.

It comes at an important time for the company, as COVID-19 forces communities throughout the world into self-isolation.

Dr Collins said the device could also eliminate the need for at-risk individuals to travel to hospitals, surgeries or other centres for essential blood tests.

Instead, they could collect and store four dried blood spot samples at home and send them for testing.

It can also support continuity of care for vulnerable people in forced isolation, like those still needing ongoing blood monitoring of chronic disease.

“You can stay home for your employment, for tele-health appointments, to have prescriptions delivered, but you still have to go out to get your blood tested,” Dr Collins said.

“In the current environment it exemplifies the need to enable blood collection to happen at home.”

The approved compliance with the European Union and release for in vitro diagnostic use in the EU and UK follows the hemaPEN’s recent addition to the Australian Register of Therapeutic Goods in February as a Class 1 IVD device.

“This is the tipping point for remote microsampling technology; alongside e-health consultations and e-prescription we are moving to a more remote healthcare system,” Trajan’s chief executive officer Stephen Tomisich said.

The Trajan team in South Australia will manage development of the device, to be manufactured in Melbourne, Victoria.

Trajan Scientific and Medical now has 450 staff worldwide and has customers in more than 100 countries as it focuses on highly specialised consumables and components used in scientific analysis and clinical applications.

The Adelaide-based Trajan Nutrition arm of the business announced in February that it was marketing its own new blood spot technology created by South Australian medical researchers.

Its team was working toward breaking into the United States, European and Asian markets after proving its technique can eliminate costly and time-consuming vial nutrition blood testing with a simple blood prick.